Am I the only one who feels victimized by inanimate objects?  Or is there anyone else out there brave enough to admit it?  I swear, “things” are out to get me.  At the very top of the list is anything having to do with technology.  Computers hate me.  There is a vast conspiracy among computers everywhere against me and they are all interconnected somehow in cyberspace. They will stubbornly and repeatedly refuse to do whatever task I’m trying to accomplish,  but when I ask for human help, the person who comes to my assistance does the exact same thing I have been doing over and over, and this time it works!  Not only does the human think I’m incompetent, but I just know the computer is secretly laughing at me somewhere in its hard drive.  It is probably also sending messages to computers everywhere, “Ha ha!  I got her again!”

Smart phones, too.  For years I was the only person on the planet without a smart phone.  That was because I was too dumb to own one.  Then my beloved basic phone disappeared from my car and I was forced to buy a new phone.  Is there anything more painful?  Or humiliating?  I stood there like a deer (or a dinosaur) in the headlights while a twelve year salesperson at the phone store regaled me with a barrage of foreign words as she switched from this screen to that screen with the speed of light showing me functions I will never find again.  Even if I do accidentally manage to stumble across these screens again I won’t know what to do with them or how to get them off my phone so I can actually make a call. When she asked if there were any questions, I was too embarrassed to ask how to answer a call.  My smart phone has deep secrets which it will not divulge to me.  Sometimes it lets me know I have a text message.  Other times it doesn’t.  Or a voicemail.  So unless I am constantly checking, which I don’t do as I have a life, thank you very much, I often end up missing messages—which is why God gave us the standard answering machine affixed to my dinosaur house phone.  Of course I can’t understand half the messages on it because they are garbled, but at least I know they are there because the blasted machine beeps at me until I attend to it.

Even the old standard copier machines have it in for me.  Except now, the old standard copier machines have been replaced by machines that not only copy, but pull paper from multiple trays, collate, fax, do your taxes, and make coffee.  I can’t simply take something to the copy machine and have it make a copy. Now there are 23 different buttons to push and if I mess up even one, I will accidentally fax something confidential to half the known world.  Unlike some people (who shall remain nameless) who are guilty of transmitting classified national security information, I will be arrested and thrown into a dank, dark prison cell where I will never again see the light of day for divulging Mrs. Brown’s dog, Scruffy, has mange, thus violating HIPPA.  So it is with trepidation that I approach these scary-looking apparatuses.  Even if by some miracle I get the machine to make copies, it will inevitably spit out 100 copies when I only wanted ten, while I frantically try to figure out how to make it stop, or it will rebel with a massive paper jam deep in the unreachable inner bowels of the machine.

Cameras, forget it.  I long for the old days of the simple Kodak point and shoot cameras.  There are way too many gadgets on our camera, and unless everything is set precisely where it was the last time I took pictures, God only knows what I will capture. I have taken more accidental movies than I can count.  This is because I thought I recorded the segment I wanted, only to find that instead of turning the recorder off I turned it on and now have a lovely video of my feet walking somewhere accompanied by pointless chatter.  Don’t even suggest I chuck the camera for my smart phone.  I think I’ve made myself fairly clear on that!

I wrote a whole blog on how public restroom dryers refuse to blow air for me.  And just when I had about mastered the VCR, it became obsolete.  Televisions were somewhat straight forward until they came out with Roku.  Even my fairly tech-savvy husband can’t manage to program all the channels on Roku that we get on our basic old TV.  I have to get my teenage son to work the DVD player for me.  If I’m alone in the house, I can’t watch a DVD because I guarantee it won’t play.

Pretty much everyone who knows me understands this conspiracy inanimate objects have against me and are usually willing to come to my aid to do all the wretched tasks these machines refuse to do for me.  But somehow I just can’t seem to convince my husband the washer, dryer, and stove are also in on the plot.

3 thoughts on “They’re Out To Get Me”

Purchase My Book: Other People’s Children 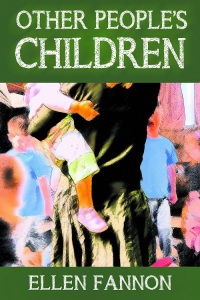