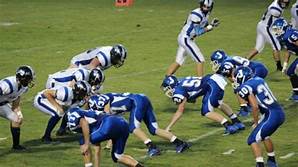 My younger son, Darion, is a legend in his own mind when it comes to football. For years he has labored under the illusion that the NFL is just beating a path to his door to recruit him for a starting position with one of the major league football teams (before he hits the ripe old age of sixteen). Along with that soon-to-be recruitment is a lucrative deal which will keep him in Ferraris and Lamborghinis for the rest of his life. To that end, it is a huge waste of time for him to suffer through the academia of school. In his opinion, the sole purpose of the school is to support the athletic program. (Unfortunately, there are those who agree with him on a much higher scale, but I’m not going there.)

The only thing that keeps him off permanent academic probation is the carrot before the donkey (jackass) of playing football. Weekly, he seesaws back and forth between on and off academic probation. I have to hand it to his teachers, who bend over backward giving him chance after chance to pull himself out of the academic hole. In my day (yes, I am going there), we had two choices—do what was expected or flunk, and all that went along with option number two.  Not only were we required to do what was expected, such as the unreasonable demands of doing homework and studying for tests, but we had to do so in a timely manner, such as turning in the work when it was due. If our assignments were not completed and turned in on time, we got no credit—period. Our parents were never even brought into the equation (ha, math pun). But today, we receive at least one daily email informing us that Darion did not turn in an assignment or flunked a test. I can’t even imagine being a parent whose inbox was not inundated with daily notifications from Ren Web.

But, as I said, all that academia is beside the point to our son, as his future is all mapped out with his career as a star in the NFL. There is no Plan B. We try to point out that he should at least learn basic math skills, since his financial advisor and accountant might be tempted to rob him blind, once he has made his millions, due to his inability to add numbers together. We also try to point out that he will need to learn some basic investment strategies, since there are very few NFL players who are still playing at age forty, and thus, need to put a little money away for their early retirement. Not to mention to pay for their knee and shoulder surgeries and lifelong problems with concussion related brain injuries. But he’s fourteen and knows everything, so what can we possibly contribute to his worldly wisdom?

To further his athletic pursuit, he treats his body with muscle-building junk food, such as a family sized bag of chips per day, a whole box of hot pockets, an entire bag of M and M’s (we’re talking family-sized, again), an entire package of Oreos, and all the pizza, hamburgers, French fries, and milk shakes he can consume. Trying to guide him or force him into better eating habits is like trying to baptize a cat. It ain’t pretty and nobody wins. Plus, it isn’t worth getting torn up over.

Last night, the Rocky Bayou Knights were so far ahead in their game against the other team, the coach actually put Darion for one five-second play. There’s no stopping him now. 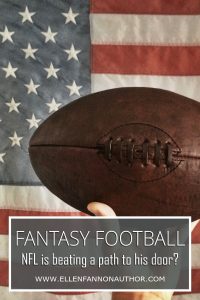