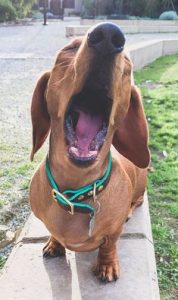 My husband is a boring person. Now don’t get me wrong; I mean that in the most positive way. Boring, to me, is an asset. Being with Mr. Life-in-the-Fastlane, Mr. Life-of-the-Party ain’t all it’s cracked up to be. Just ask Hollywood couples. Before I met my husband, I even went so far as to compose personal ads in my head for a potential mate, starting with, “looking for a boring man.” I never actually posted them, however, because I’m too boring, myself, to do such a bold thing. So when my boring husband came along, I snatched him up, just knowing we were meant to be.

Boring is great trait to have in a husband. I never have to wonder what bone-headed, embarrassing, or ill-advised stunt he will pull next. I can pretty much guarantee what he’s up to at any given moment, and it won’t be anything that will cause my friends to take pity on me. I can also pretty much tell how he will react to any given situation, and I’m rarely wrong. He has routines that never vary, which is good because I know what to expect. Meeting his expectations is easy because he is always predictable.

For example, if we go into Baskins-Robbins, which originally had 31 flavors and has since grown to more than 1,300 flavors, I can tell you he will either choose cookies-n-cream, or, more likely, vanilla. Yes, vanilla—in Baskin-Robbins where he could have an unending variety of flavors from which to choose. If we go out to dinner, there is no way he is going to try anything exotic. For that matter, when we eat at home, he is not going to try anything exotic, either. He will generally order the same thing depending on the restaurant. Guess what his favorite beverage is. You guessed it. Water. On Friday nights, we might get wild and crazy and stay up until 11:00 watching a movie. But, more likely, we’ll fall asleep by 9:00. That includes New Year’s Eve.

All this to say that I have recently grown alarmed. My husband and I have been walking the boardwalk at Turkey Creek since it opened. And we always, always start at the entrance from John Sims Parkway. Well, you won’t believe this, but the last three times we have walked Turkey Creek, he has insisted on starting at the opposite end, from the north entrance off College Blvd. This is so uncharacteristic of him that it has unnerved me. I don’t know what to expect of him next. Will he suddenly grow a ponytail? Pierce his ear? Get a tattoo? Buy a sports car? (Oh, wait, he already did buy a sports car.)  I don’t know, but I’m concerned. For all I know, he could suddenly pop into Baskin-Robbins and order rocky road. 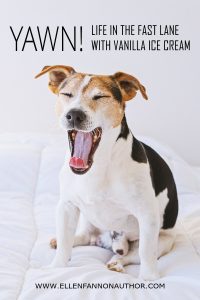