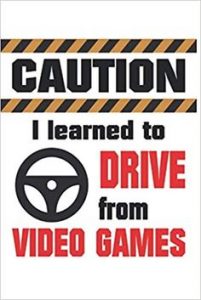 On my way to take my younger son to school the other day I pulled to the edge of the driveway and stopped, waiting for the traffic to clear.

“There are cars coming,” I informed him. “And furthermore, your advice concerning my driving does not inspire me to want to rush out and get your learner’s permit.”

“I’m almost fifteen. You need to teach me to drive,” he says in his next breath, causing a wave of terror such as won’t be experienced until the Apocalypse to surge through my body.

Younger Son turns fifteen next week (if I don’t kill him before then), and as a long-time passenger in the family vehicles, suddenly knows all there is to know about driving. It’s amazing how years of observation make one an expert at a skill one has never personally performed. Too bad I never tried this approach to veterinary medicine. It would have saved me tons of time and money in actually attending veterinary school.

But to his credit, despite his lack of expertise, Younger Son is quite free with advice (demands) on the road.

“You’re going too slow,” he’ll admonish, to which I will reply, “I’m going ten miles over the speed limit and don’t particularly want to get a ticket.”

For some reason, I can’t seem to get my speed right, because other times, he’ll shriek, “Slow down!”

If I stop for a yellow light about to turn red, he’ll chide me, “You could have made that!” Then, the second the light turns green, he’ll snarl, “GO!” This, despite the fact there is still a pedestrian in the crosswalk or another car making a left turn in front me against a red light.

Although I may have the right of way, if I should so foolishly point out these ill-advised reasons for proceeding through the intersection, he will say, “If there’s an accident, it’ll be their fault. Then you can sue them.” Um, not if the accident kills both of us.

Sometimes this passenger-seat driver gets on my nerves. After all, I was driving for decades before this child was born. But I suppose that little piece of logic is lost on a fifteen-year-old whose brain fairy won’t put in an appearance for another ten years or so.

Which leads me back to the fact that in another six months, Younger Son will be eligible for his learner’s permit. I would like to know who in their right mind passed this ridiculous law. Do lawmakers not realize Younger Son still won’t brush his teeth or change his underwear unless I hover over him? Yet, they seriously think he can be trusted with a lethal weapon going eighty miles an hour down John Sims Parkway? Obviously, whoever passed this law never had teenagers.

All I can say is I will do my best to postpone that inevitable day (like until Younger Son turns 21, or 35). But I see the handwriting on the wall. It’s coming. So, I’m sounding the alarm. You have another six months before you need to vacate the sidewalks. 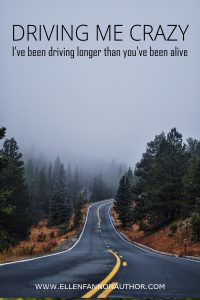