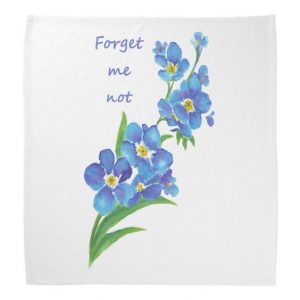 There are two things that really bug me about getting older. One is that I’m becoming more and more forgetful. The other one is . . . well, I can’t remember what the second one is. I know all the tricks to try to keep from forgetting things. I make lists. If I don’t write everything down, I will never remember the things I don’t want to forget. The problem is I forget where I put my list.

Today I had two errands to run. I had to pick up my son’s prescription for his ADD medication from the doctor’s office and get it filled, and I had to buy milk. On second thought, I guess that’s actually three errands. No wonder my brain short-circuited. I picked up the prescription—so far so good—and even made it to the pharmacy. The prescription was going to take a few minutes to fill, so I had some time to kill while waiting. On my way to the pharmacy, I passed a farmer’s market which advertised peaches. So I drove back to the farmer’s market, walked around for a little while, and bought some peaches and tomatoes. The farmer’s market was located in Palm Plaza, which is also the home of the Niceville Dollar Tree. The Dollar Tree is a veritable gold mine when it comes to buying items for our church’s Operation Christmas Child shoeboxes. At last count, we still needed nineteen baby dolls and sixteen little ponies to bring us up to one-hundred of each, so I just popped in there to see if I could fill those squares. Alas, they did not have either the baby dolls or the ponies, but they did have books, puzzles, and stuffed animals. So I killed another thirty minutes cleaning out the shelves of those items and loading my cart, fervently hoping they would open another check-out line before I incurred the wrath of all the people lined up behind me.

By the time I made it through the check-out line and loaded all my goodies in the car, it was time to go pick up my medicine. I drove back to the pharmacy, where the very nice pharmacist had to take a lot of time figuring out just why, all of a sudden, there was a co-pay, when previously, since my son has both Medicaid and Tricare, there wasn’t. But that’s another story. I’m also easily sidetracked.

By the time I drove away from the pharmacy with my son’s medicine, my farmer’s market purchases, and my back seat full of shoe box items, I had totally forgotten the fact that I needed milk—which I could have easily picked up while I was at Palm Plaza, since the Grocery Outlet is right there. But no, my feeble little elderly brain didn’t remember the milk until I was halfway home. (Hey, at least I give myself credit for having remembered the milk before I got home.) Then I had to go back to where I just was to finally do one of the two things I had set out to accomplish on my errands.

Perhaps I can blame my forgetfulness on too many other distractions, rather than senility. Maybe next time I should just pop one of my son’s ADD pills. 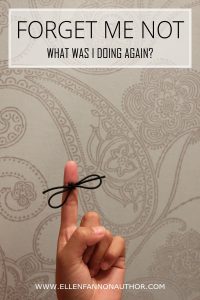