Should OLD Acquaintances Be Forgot 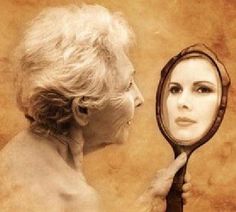 Over the holidays, we received a Christmas card with a picture of some old friends from veterinary school. They had never sent us pictures of themselves over the years, just pictures of their kids. To say the photograph came as a shock was an understatement. I would never have recognized those people. They looked so old. Then, yesterday, I was scrolling through Facebook and came across a picture of some other friends we had known on the mission field twenty years ago.

“My gosh, they look old!” I told my husband.

Then a terrible thought occurred to me. “Do you think people look at our pictures and think we look old?” I asked him.

“Surely not,” he replied. “We haven’t changed.”

As much as I would love to believe that lie, I’m afraid other people whom we haven’t seen for years may be just as shocked at how much we’ve aged. And, if I’m completely honest with myself, I can look back through pictures over the years and see the differences. Despite the fact I know in my head that we have all gotten older, and all that aging entails, my heart still refuses to admit anything has changed. There seems to be an inherent unfairness in the way time marches on, leaving twenty-something year-old minds in elderly bodies. Well, perhaps not twenty-something year-old minds, as I find more and more frequently that my brain wanders off by itself.

I wish I could understand the concept of time. When I was young, time seemed to stretch out forever. Then I blinked and, suddenly, forty years have passed. How is it that the days so often drag and the years fly? How is it that I was so invincible and, yet, the maladies of old age have caught up with me?

I suppose I could spend a lot of time in the few remaining years I have left on this planet pondering this mystery of life. Or I could move on to thinking about other things. For example, both my husband and I have high school class reunions coming up year after next. I won’t tell you which one. You can probably guess. We need to decide if making the trip back to Ohio is worth spending the evening in the company of a bunch of old people. It’s depressing to think how old people our age have become. Still, it might be good to hear someone say, “You haven’t changed a bit,” even if I know it’s not true. Unless, of course, nobody says it to me. I’m not sure my fragile ego could handle that scenario. It might make me desperate enough to resort to Botox. 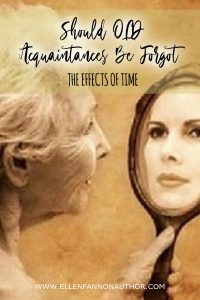