Beware of Side Effects

Is it just me or are there other people out there who cringe when watching the female band director in the Jardiance commercial?  For anyone who has ever participated in a marching band, the first obvious mistake is that she is out of step.  Beat one (the downbeat) always starts with the left foot, dear fake band director, not the right.  Another obvious mistake is she is conducting backwards—in other words, hands go down and out on beat one, not up and in.  Seriously, if they were going to use this scenario, couldn’t the Jardiance people have hired a real band director who knows how to both march and conduct music? Besides, I have yet to see the band director leading the band onto the field. This is generally done by the drum major. If the band director conducts the music at all, he/she does so from the sidelines (and not dressed up like an aging toy soldier).

Well, as it turns out, here are other people like me who can’t stand this commercial for the same reasons. (It’s amazing what information one can find on Goggle.)  Other people particularly hate the scene where she almost collides with the football team. She actually catches the football. For anyone who has ever watched a football game, I’m sure you have noticed the football team and marching band never occupy the field at the same time, even during practice, for understandable reasons—one being that the petite piccolo player doesn’t want to be trampled by the entire defensive line.  The other is that it’s hard to throw a pass with a sousaphone in your way.  What if the football ended up in the bell of the sousaphone?  How would the ref throw a flag on that play? It might be difficult to ascertain the outcome of interception by tuba.  Now personally, having spent several years in high school and college marching bands, I’m of the opinion the football team needs to get off our  field, rather than tear it up with those nasty cleats.  But others tend to disagree, and for those I will admit it is difficult to run plays while dodging both the other team and the brass section of the band.

I also don’t understand what taking Jardiance has to do with conducting a marching band.  Jardiance is a medication for controlling diabetes. It is not an insulin, like say, that weird “floating” Toujeo insulin pen, with everything and everybody else appearing as white paper cut-outs. I really don’t “get” that one, and frankly, it’s rather creepy.  But it’s better than the other Toujeo commercial where the guy be-bops everywhere.  He be-bops in his office, at the gym, in the kitchen while he cooks, while mowing the yard, and even while walking his basset hound, who, by the way, does not be-bop.

It seems in all the insulin commercials, everyone is perky and engaging in fun family/friend time. Makes me want to become a diabetic so I can be happy, too. Maybe my kids would actually want to do things with me. Maybe I can mow my yard in circles while be-bopping to a  non-existing beat instead of grunting and sweating.  Maybe I can cook yummy meals while friends and family help out in the kitchen and everyone is laughing. (Yeah, right, and maybe the Easter Bunny will deliver sugar-free chocolate.)

You notice, however, there is always the litany of side effects rattled off at the end of the commercials, which, of course, would never happen to you because all the people in the commercials are cheerfully engaged in healthy, fun-filled activities. There is no one shown in full anaphylactic shock due to insulin allergy, with panicked family and friends trying to punch 911 into their phones, while other people slap their face and shake them. (Of course you are warned not to take the medication if you are allergic to it, but how do you know until you take it?)  No one is shown passing out from low blood sugar while people around them try to shove ice cream down their throat. No one is shown in the ER with injection site reactions the size of volleyballs.  But beware, there is one side effect which is not mentioned on any of these commercials—taking these products, especially Jardiance, can cause over-aged drum major wannabes to march out onto a football field on the wrong foot, using weird, jerky arm movements, and conduct music backwards. 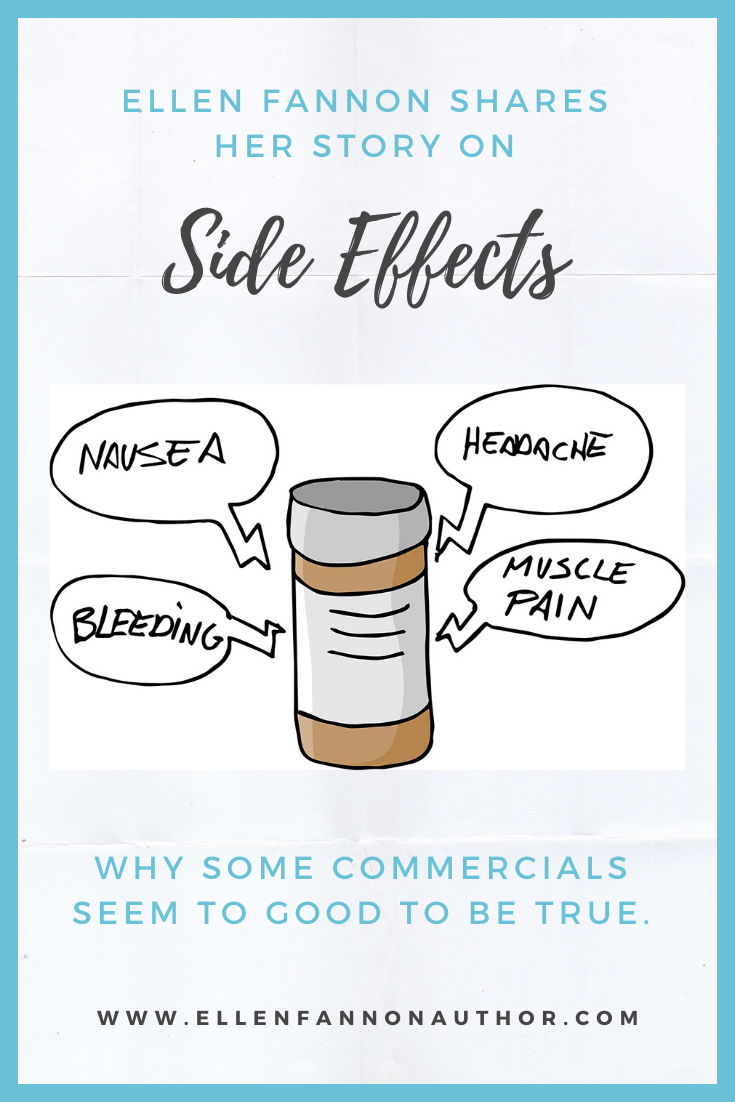 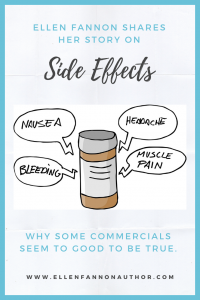