Thank you for serving your country – you have one hour!

My macaw loves to play in paper grocery bags.  The commissary is the only place I know of which still carries paper grocery sacks.  But due to the limited and inconvenient hours allotted for retirees to shop at the commissary since the COVID-19 pandemic, I have been running low.

A few weeks ago, I dragged my exhausted, elderly body out of bed on a Saturday morning in order to go to the commissary from 9:00-10:00 am, the one measly hour given to us old people over 65, only to be met at the door with the news that the “old people hour” had been changed to 11:00-12:00. 9:00 – 11:00 was now for active duty and their families only. What the heck? I suppose I should have been checking the commissary website every hour so I would be informed of seemingly arbitrary and senseless time changes for the elderly and feeble to shop. I mean, duh, did the store plan to run all the younger shoppers out at 10:59 to let the geezers in?  I swallowed my anger and drove to Walmart, where, at least, if they didn’t have paper bags, they didn’t discriminate against veterans who had served their country for twenty-plus years.

Against my better judgment, I decided to make the sacrifice for my macaw and go to the commissary last Saturday, between 11:00 and 12:00.  Big mistake. The line of old people to get into the store stretched all the way back to the BX, and it took over twenty minutes to make my way to the commissary door, where the commissary gestapo regulated the geezer flow entering the store. I’m not sure how they planned to regulate us hundreds of codgers once we finally made it inside, but obviously codger control didn’t extend that far.  I had to wonder about the wisdom of forcing the most vulnerable people in society, many of whom were propped up on canes, to wait in a long line under the hot sun in order to pack them into the store like sardines. As I finally reached sight of the entrance, I could hear the gestapo barking at the aged crowd, “YOU’RE NOT MAINTAINING SOCIAL DISTANCE!  STAY SIX FEET APART!” Oh sure, like six feet apart was even possible when the geezer line snaked practically to the west gate.

Once inside, the concept of six feet apart was laughable, with slow-moving codgers clogging every aisle.  I spent the next hour wrangling my way through the geezer maze, and gratefully headed for the check-out line.  I stopped cold (pun intended), when I realized the check-out line backed up into frozen foods. I should have dragged my elderly husband and parked him in line while I shopped. It took another twenty minutes to get to the check-out station, during which my ice-cream did not get any colder.  I laid my military ID and coupons on the conveyor belt behind the bar separating my order from the customer in front of me, and started to unload my cart.

“Ma’am,” sniped the checker. “You have to hold on to your ID and coupons.”

Oh, sure, I could do that with one hand and unload my cart with the other. Not. As the cashier finished up with the person ahead of me, I laid everything on the raised platform next to the scanner.  “Ma’am,” came the irritated voice of the checker, again, “you have to hold up your ID so I can scan it.”

Oh, give me a break.  The guy was wearing gloves and touching everything else around him—all my purchases, coupons, money from the cash register, his mask . . .  But I dutifully held up my card so he didn’t have to touch my germy card with his protected hands.

By this time, my back was aching from waiting for almost 45 minutes in line, as well as an hour of pushing a loaded buggy through the codger labyrinth. I pointed out to the guy that I had several bags of kitty litter on the bottom of my cart.

“Well, you’re going to have to hold one up for me to scan,” he snapped.

Well, gee, the whole purpose of me pointing out these heavy bags to you was so I didn’t have to heft them up onto the counter. How about you trotting around to my cart with your scanner, like every other nice cashier does, or even handing me the blasted scanner so I don’t have to lift heavy bags and further aggravate my already screaming back? How about you performing a little customer service for your feeble-bodied clients who make your paycheck possible?

I struggled to raise a bag for him to scan, and moved on, thinking, next time I just won’t call them to his attention.  But no, that would be stealing, and despite all my faults, dishonesty isn’t one of them.

After that ordeal, I vowed that not even for the sake of my macaw, will I patronize the commissary again until this COVID craziness is over. Maybe not even then. Since then, I have learned that Publix will provide paper bags if you ask. Woo-hoo!  I’ve always been addicted to BOGO’s!  And I’ve heard that Publix is where shopping is a pleasure. At this point, I don’t care what it costs. I want some pleasure! 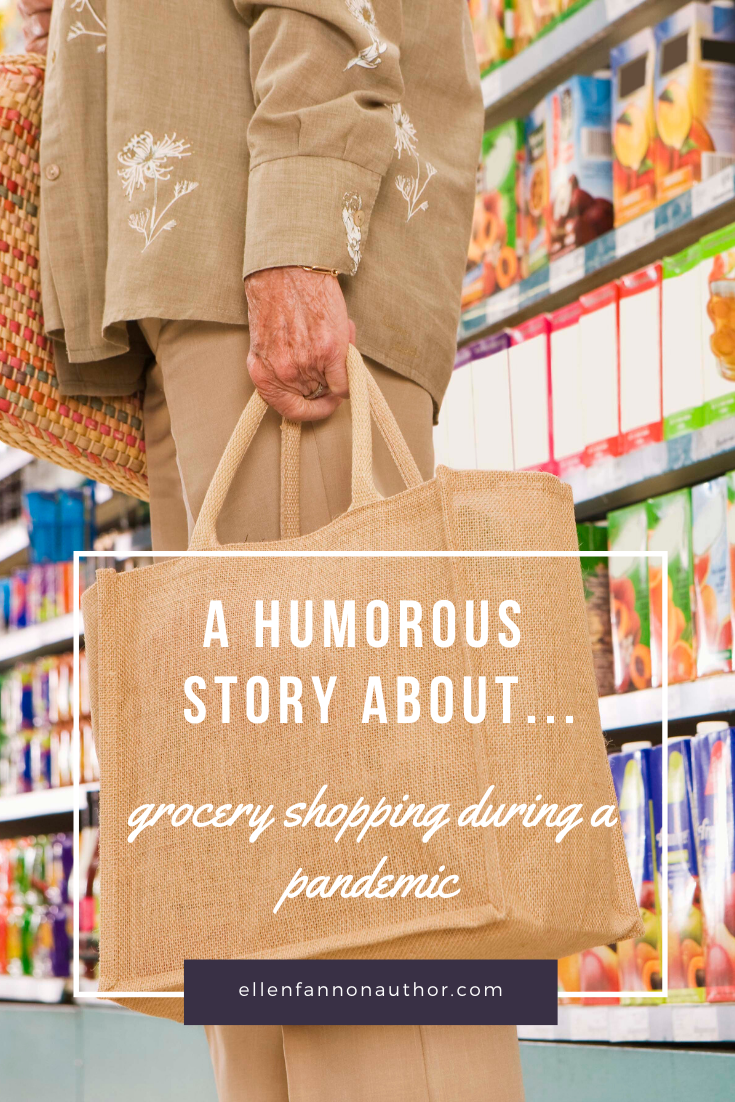 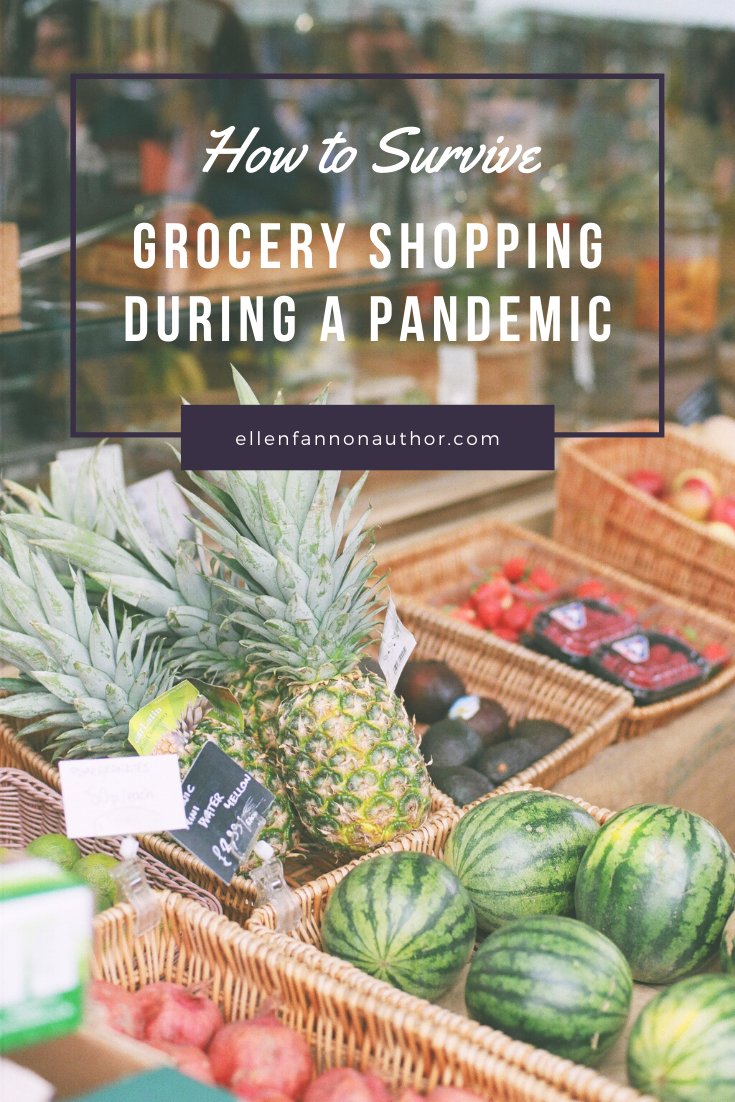 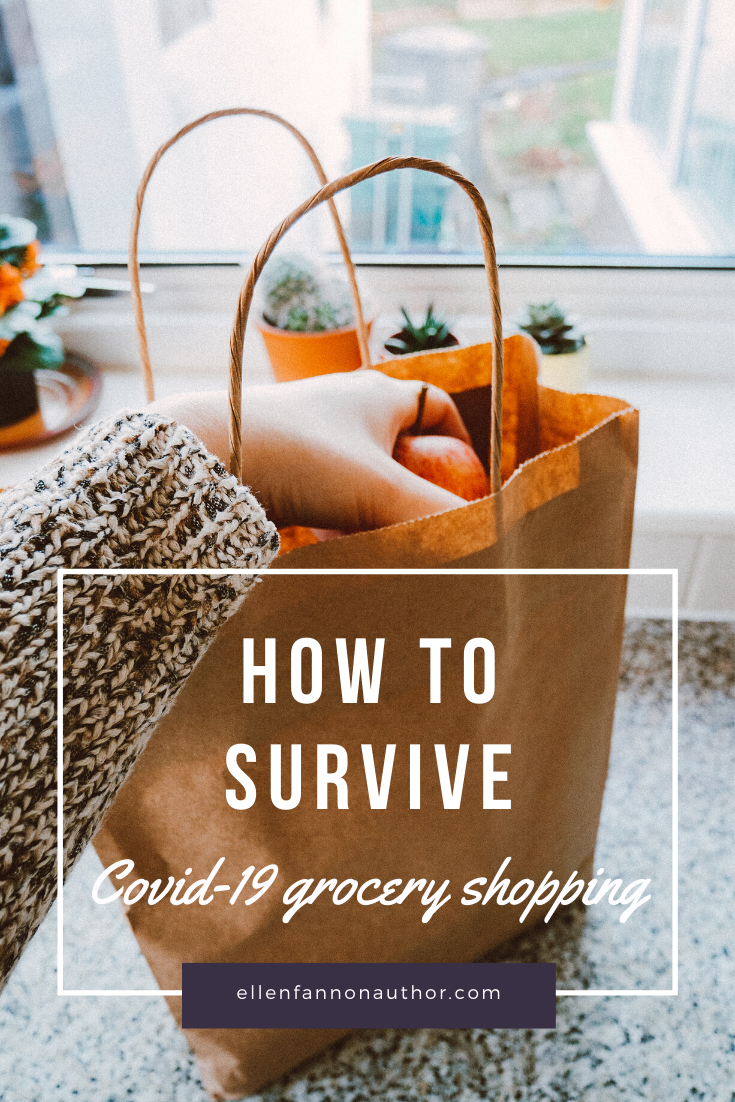 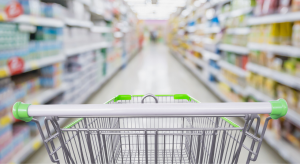