I have noticed that when veterinarians get together for a meeting at a local restaurant, we are usually seated far away from other diners.  I know part of the reason is to give us a private, quiet place to hold our meetings, but I also wonder if the other reason is to keep us from offending the rest of the clientele.  You see, as a group, our dinner-table conversation and topics of continuing education tend not to be aesthetically pleasant to normal people—especially those who are eating.

“You should have seen the size of that tumor, and the entire center was full of pus.”

“That hit-by-car looked like a street pizza, nothing but shredded meat.”

“I have never seen so many maggots on an animal.”

“Tonight, we’re going to talk about the surge of the tick infestation in Florida.” 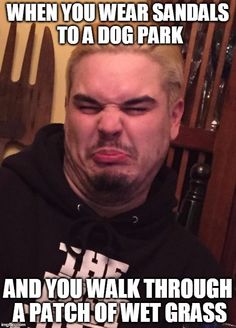 You get the drift. Most veterinarians are pretty much inured to such talk, the grosser, the better. Most of us are desensitized to the realities, as well; otherwise it would be hard to do our job. I have been known to have someone feed me while repairing a lengthy, nasty jaw fracture, but at least I haven’t gone so far as a former boss who used a tomcat urinary catheter as a straw to sip coffee while performing surgery.

So, my point is, nothing much fazes us. Back in high school, I could always unnerve my squeamish father at the dinner table by talking about what I did in biology class. All I would have to say is something like, “We learned about Lepidoptera today,” and he would explode, “Do we have to talk about this at the dinner table?”  Then I would laugh and explain that Lepidoptera are butterflies. It became more fun pushing his buttons as I progressed through veterinary school.

Several years ago, we had the chief medical examiner as the speaker for one of our veterinary meetings.  I don’t remember the man’s name, but it was clear he deliberately chose his most graphic cases to present, along with colorful slides, in order to try to rattle us wimpy veterinarians. Fortunately, his talk started after dinner.  Otherwise, my dinner might have ended up in a to-go bag (which might not have been a bad idea, in retrospect).  As it was, I wasn’t sure my meal would stay where it was supposed to—churning precariously in my stomach. As much as I wanted to show I could handle anything the medical examiner threw at us, the truth was I just couldn’t look at a lot of the slides. And I had to tune out a lot of what he said. I was even a little afraid to try to escape to the restroom, for fear my wobbly legs might give way and I would end up on the floor, thoroughly humiliated.

Yikes! This was human grossness, and we all know that human grossness exceeds every other grossness imaginable.  What is wrong with people who can deal with human grossness every day and be so unaffected by it?  You’re probably thinking I can dish it out, but I can’t take it. You’re right. 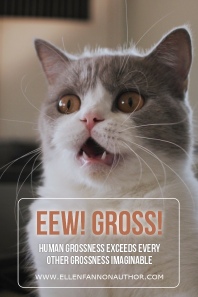