In a recent Pluggers cartoon, the caption says, “Age 65 might be the new 45, but pluggers know 9 p.m. is the new midnight.” I have to wonder who snuck into my house and spied on me. Yes, I truly believe I’m more 45 than 65—I mean, really, who wants to be the same age as old people—yet I find myself falling asleep on the couch if I start watching a two-hour movie at 8:00 p.m.

What’s up with that? I ask myself. When I lived in the eastern time zone, all my television programs ended at 11:00 p.m., rather than 10:00. I never had a problem staying up until 11:00. In fact, for many reasons, I wish our little part of Florida that invariably gets cut off the maps was in the eastern time zone. I hate daylight savings time when it gets dark at 4:00 p.m. Plus, wouldn’t it just make sense for the whole state to be in the same time zone? But I digress. We old people tend to do that.

Anyway, now I find that it is rare for me to be able to do anything productive past 7:00 p.m., which leaves a big gap of time between the end of Wheel of Fortune and bedtime. I have to fill those hours with something. I don’t have the powers of concentration to read anything except possibly light novels, and sometimes I can’t even do that without falling asleep. Then I have to go back and reread the same passage the next day, so what’s the point? I also don’t have the powers of concentration to respond to social media or write. I can force my body to do the mundane tasks like folding laundry or making lunches for the next day, but those chores are exhausting and I have to rest afterward.

So, what’s left? Parking myself on the couch for mind-rotting television. This, in and of itself, is a huge problem because there is absolutely nothing on television worth watching. I have resorted to repeats of 80’s TV shows, but even Magnum P.I. doesn’t come on until 9:00. Couldn’t they move it up a little earlier for us senior citizens? I mean, after all, look at the commercials. They’re all geared toward old people, with pre-need funeral arrangements, reverse mortgages, and adult diapers. If we geezers can’t stay awake to watch the show, we’re going to miss out on those commercials, and nobody’s going to make any money off of us. So how about moving Magnum into the 7:00 p.m. time slot?

Usually on Friday nights we try to watch a movie on Amazon (although the selection of good movies has gotten considerably slimmer). But I guarantee I will fall asleep sometime during the second hour after I’ve wasted an entire hour getting into the plot. Then I wake up somewhere toward the end, lost, and my poor husband has to tell me what happened during the segment I missed—which is always a critical 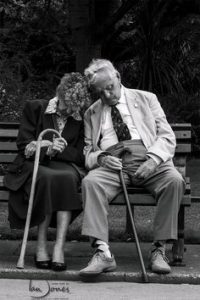 turning point. That is, if he’s still awake. I suppose it’s because there are no commercials during which to wake up, go to the bathroom, get a snack, etc., that I can’t manage to stay awake for an entire Amazon movie. But even commercials don’t guarantee I won’t fall asleep. I can’t count the number of times I’ve rationalized to myself, “I’ll just close my eyes during the commercials.” Yeah, that always works! It still doesn’t stop me from believing I will miraculously wake up when the show comes back on.

Lately, I’ve just said to heck with it and gone to bed early. After all, I don’t have to justify my decision to be in bed by 8:30. But sometimes I cave and watch a Hallmark movie. Even if I fall asleep before the end, I haven’t missed anything. 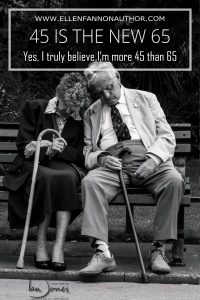