Does anyone besides me remember back in the days when you wanted to take a picture you had to have film?  Not only was film expensive, but having the film developed also cost a fair chunk of change. When you took a photo, it was often weeks before you got the pictures back. By then, assuming the pictures turned out not to be too blurry, too dark, too light, too close up, or too far away to see what you were trying to photograph, you often forgot what the pictures were supposed to be. I can remember having a partially used up roll of film in a camera for months before finally getting around to finishing the roll. In those days, one didn’t just simply take pictures of anything in order to use up the film. If you desperately needed the photos quickly, you could pay through the nose to have them developed at a one-hour shop.

Polaroid came out in 1948, even before my time. I remember our family having a Polaroid camera when I was growing up. It was exciting to be able to view the picture within a minute or two, although the pictures were often grainy and over or under developed depending on the expertise of the amateur photographer. Those pictures, likewise, had to be carefully planned. Due to expense, one didn’t just shoot through a roll of Polaroid film for the heck of it.

Today, whenever we are out somewhere and someone offers to take a picture of our family, my husband hands them his camera or cell phone and always says, “Take several. Digital’s cheap.” How far we have come since the days of having to load a camera, wind the film, and find a place to have the pictures developed. Now, you can take multiple pictures for free, choose the ones you like, crop them, edit them, and delete the rest. You can instantly share them on social media with all your friends and relatives. But, of course, I’m not telling you anything new.

If you’re like me, I suspect you receive at least one billion, thirty-two million, five-hundred and sixty-four unwanted pictures every day from social media contacts. After wading through this myriad of images, you might find three you actually wanted to see. You get pictures of what everybody had for dinner last night, every place all your contacts have been within the past twenty-four hours (like you really cared they were at Dollar General), every friend or relative they have hung out with since the day before, every picture they have down-loaded from the internet, and every cute (or not so cute) thing their children/grandchildren, or pets have done within the past twenty-four hours. Okay, I will admit I like the pet pictures. 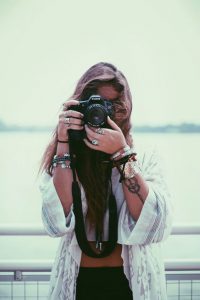 People’s cell phones have become a handy device by which they can hold other people hostage while they scroll through their thousands of pictures in their photo gallery in order to find that one picture that you absolutely have to see. Of course they can never find it, while you wait twiddling your thumbs so you can murmur the appropriate comment and move on with your life.

Sometimes I really miss the good old days when people had to physically hand you an actual photograph in order to show it to you. Most people didn’t carry thousands of photos around with them. But good, bad, or otherwise, times have changed. Gone are the days since we handed Older Son a camera at the age of four because he insisted on taking pictures, too. Granted, there was no film in it, but it made him happy. 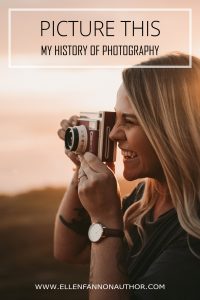