The Perfect Gift For The Man Who Has Everything 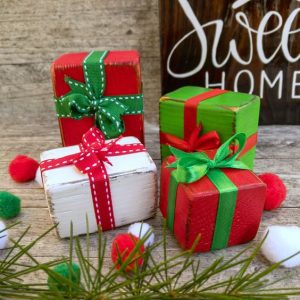 Is there anything more agonizing than trying to find the perfect Christmas gift for the man who has everything? Well, perhaps he doesn’t have everything, but he has everything he needs or mostly wants. I suppose this is a good problem compared to living under a bridge and worrying about whether the soup kitchen is open. All things being relative, I shouldn’t stress over finding the perfect gift for the man I’ve celebrated 30 Christmases with. But I still do. There has to be something under the tree for him to unwrap on Christmas morning. But after all this time, what is there left to give him?

It was easy when we were first married, as he didn’t have anything, particularly clothes. Being in the military, he wore uniforms all the time and had little need for civilian apparel. I took care of that deficiency in his closet over the next several years and now I can’t even hang his clean laundry because there is no room. To make matters more irritating, he only wears what’s in the front two feet of the hanging area in his closet. He has no idea what’s in the back of his closet space and hasn’t worn anything back there in years. (But I digress.)

I had the perfect gift last year. Hubby is forever losing his hat. I can’t count the number of times he has left his hat in restaurants, stores, or under a pile of junk in his truck where he can’t find it. He had a favorite cap with Air Force Command Pilot wings that had gone MIA. I figured since he can never keep track of his hat, I would get him not one, but TWO replacements. That way he could always find one. Then, two days before Christmas, guess what his associate pastor gave him? Yep, you guessed it. Hubby was ecstatic. I was less so, as it made his reaction to my perfect planning fall flat on Christmas morning. But at least he now has THREE hats to lose.

There also seems to be a Y-chromosome-related, irritating trend in our family. My father was the absolute worst person to buy a present for. But, invariably, when I found the perfect Christmas gift—something he really needed or wanted—he would, inexplicably, go out and buy it for himself two weeks before Christmas. This from a man who never shopped.

Now Hubby is doing the same thing. A couple years ago he wanted a smoker. (To smoke meats, not to light up.) Great! I had a tangible item with which to delight him on Christmas. So, in the spirit of my father, he bought himself one right before Christmas. I had to pray hard that he would not go online and order himself a new hat before Christmas last year. He doesn’t know the agony he puts me through every year by his bone-headed pre-Christmas purchases! Hubby has already pulled the same stunt this year, when I finally thought of something he needed. Just a couple weeks ago, while in Walmart, he said, “Oh, while we’re here, why don’t I pick up that XYZ that I need?” I became unglued and ranted, “Sure, go ahead and get it NOW and ruin the ONE AND ONLY THING I CAME UP WITH TO GET YOU FOR CHRISTMAS!” For some reason, he was nonplussed and refused to buy the XYZ. But I’ll be darned if I’m buying it for him now after he spoiled my only semi-good idea. He’ll just have to wait and buy it after Christmas. He may just find a lump of coal in his stocking on Christmas morning. I’ll bet that’s the one thing he won’t have pre-bought for himself. 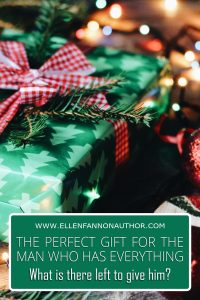