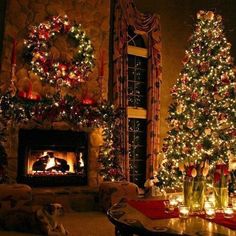 Our halls are all decked with boughs of holly (fa la la la la, la la la) for Christmas. Well, not really. In fact, I don’t think we have any holly. But after Thanksgiving, we did drag out the many boxes and tubs of Christmas decorations with which to adorn our home for the holidays (which, by the way, is the correct time to start decorating). Over the course of 30 Christmases together (not to mention the pre-Doug and pre-Ellen Christmases before we were married) we have managed to accumulate a lot of stuff.

For some reason, no matter how beat up some of the decorations have become over the years, I still feel a misplaced sense of obligation to display them, as they have sentimental value. This is why the angel, whose wing has been glued on a bazillion times and still manages to fall off every year, is still standing on the back of the piano, facing in such a way that only one wing shows. The nutcracker soldier who lost an arm in some Christmas battle past is likewise on the piano, faced so his bad arm is against the wall. A ceramic angel who literally lost her head is sitting on a shelf, far enough back that the line of decapitation doesn’t show. The wooden Santa and reindeer, which we discovered was broken after we bought it, nevertheless sits on the window sill, along with the wooden cat covered in tangled Christmas lights which don’t light up anymore. Our large wooden Rudolph’s red nose has needed to be rewired for several years, and every year we lose his antlers. We did finally give up on the electric train that ran around the base of the Christmas tree after gluing the fragile pieces of the tracks together so many times there was nothing to piece together anymore. But we still haven’t thrown it out. Nor have we thrown out the several boxes of old outdoor lights that don’t light anymore.

We have several tacky ornaments that we have to put on the tree because someone we love gave them to us or made them for us. At least we can hang them in the back. Then there are the weird ornaments that we actually bought ourselves and wonder now, what were we thinking? Not to mention the myriad of broken ones that have been glued back together. When my husband was growing up, his family had a tradition of giving the kids an ornament every year, a nice tradition that we have continued. However, for some reason, the only one that managed to survive from my husband’s childhood is this butt-ugly plastic elf head on top of a bell. Each year it gets hung on the tree, usually in a location that will never show. Although, nostalgia trumps décor every time in our house, it only extends so far.

I don’t think our home will ever grace the cover, inside pages, or even a tiny corner of an obscure location in Southern Living, House Beautiful, or Martha Stewart Living magazines. But that’s okay. We have lots of broken (literally) memories and a lifetime of less than perfect decorations that are meaningful to us. To anyone who has a problem with that, I say, BAH, HUMBUG!