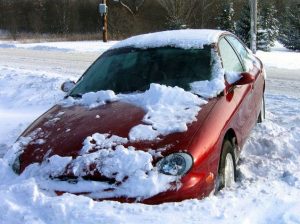 According to The Weather Channel, despite the fact it is mid-April, there are still areas of the US in which spring has not arrived. Some of the reported areas still suffering from winter storms include Fairbanks, Alaska, which had a record snowfall as of Easter (well, what does one expect when one lives in Alaska), April snow in the Carolinas, Winter Storm Xylia dumping more than two feet of snow in the Denver area, and frozen waterfalls in New Hampshire. Blast this global warming!

I am not a fan of winter. That is why the minute I graduated from vet school, I packed my bags and headed to Florida. But even after living in the south for more than forty years, I still have PTSD from winter in Ohio—especially driving in the snow. Of course, nobody who grew up in the Florida Panhandle can relate, but I wonder if they still have snow tires up north. Snow tires, for the uninformed southerners who can’t drive when the weather dips below forty, have metal or ceramic studs that protrude from the tire to increase traction on hard-packed snow or ice. I remember putting on snow tires every winter and every spring taking them off. That’s one thing I don’t miss, although I did become quite skilled in changing tires. I also don’t miss hitting patches of black ice and doing a complete 180 going down I 71 at seventy miles an hour. There is no more helpless feeling than hitting the brakes and not stopping. I also don’t miss having my car stuck in the snow and having to rely on the kindness of perfect strangers to help push me out, as my rear wheels spewed out nasty, cold, wet, black slush on these nice people’s legs.

I don’t miss the two hours it took me to make a fifteen-minute drive home from school. Or worrying about whether I could even make it to school or back home due to the weather. I don’t miss the misery of having to scrape ice off my windshield with frozen fingers that couldn’t feel what they were doing. One year, I made a huge pan of scalloped potatoes for a party I couldn’t get to because I couldn’t get my car out of the parking lot of my apartment building, and ended up eating scalloped potatoes for two weeks. But at least I had food, since I couldn’t go to the grocery store, either. Good thing I like scalloped potatoes.

A classmate of mine used to ride with me to school every day because she didn’t have a car. One frigid morning she got into the car and chirped, “Oh I hope it snows!” I almost shoved her out the passenger door and told her to walk. Other people see beauty in freshly fallen snow. I see slippery roads, frozen extremities, and wet, ruined shoes—not to mention power outages and getting stuck and freezing to death on the side of the road. I will gladly experience my snow in Hallmark Christmas movies from the warm comfort of my sofa.

So, while I am somewhat sympathetic to those who are still being bombarded with winter during the season when the daffodils should be poking their yellow heads through the warm soil, I can’t help but feel a bit smug that I dodged that bullet by bailing out of Ohio a long time ago. Those people dealing with winter in April could escape, as I did, to a warmer climate. But then they’d probably complain about the heat and I’d have to smack them. 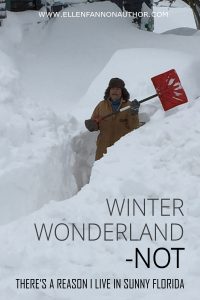