You Gonna Eat That? 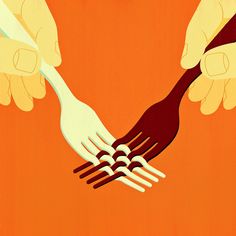 It happened again the other night while my husband and I were having dinner out. He had ordered seafood, most of which I don’t care for, and I had ordered steak.

“Your steak looks good,” he observed. “Mind if I have a bite?”

Of course I don’t mind. That’s part of why we got married in the first place—so we could eat off each other’s plates. (Well, that and other reasons.) Not that people necessarily have to be married to share each other’s food, but marriage kind of gives people that extra little privilege with the knowledge that you can pretty much get away with filching a French fry from your spouse’s plate without being impaled by their fork.

“That’s really good,” he observed. He then did what he always does, and offered me a bite of his food that I don’t like. I don’t know what makes him think that after all these years I will suddenly have acquired a taste for something I have never eaten before and become offended if I am not offered a bite. For a long time, it used to irritate me because I figured he didn’t care enough to remember that I don’t like certain foods. But then, I realized he was only being polite. To the point of repeatedly offering me a taste of food I don’t like just because someday I may change my mind and really crave a bite of his rubbery oysters, and he will have failed to share them with me, selfishly devouring them all by himself. Because, of course, I’m too shy to speak up and ask for a bite.

He then proceeded to do what he also always does, and polished off his entire dinner in the time it took me to butter my baked potato. He sat and watched while I ate.

Generally, I can never finish a meal in a restaurant, and this night was no exception.

“Would you like the rest of my steak?” I offered to Hubby.

“If you’re sure you don’t want it,” he responded, politely. He is always very polite about things like finishing my dinner.

We will then go through a ritual whereby, after I plop the entire slab of meat onto his plate, he will carve off a little piece at a time, gradually whittling it away until there is nothing left. With each piece, he will ask, “Are you sure you don’t want this?”

When he finished, and both our plates were clean, he sat back, and announced, “Wow! I can’t believe I ate my dinner and half of yours.” He said this with a modicum of incredulity, as though it were a freak and unusual accident, when in fact, this has been an ongoing occurrence for the past thirty years.

I burst out laughing. “Why do you say that as if you are surprised?”

He looked momentarily wounded. “What do you mean?”

“I mean you always eat your dinner and then finish mine, and you always say, ‘I can’t believe I ate my dinner and half of yours.’ Do you think, after thirty years, you are fooling anybody? It’s not all that unexpected.”

He struggled for an answer, then conceded defeat.

“But look on the bright side. You’ve provided me with more blog material.”

I hope I haven’t dampened his enthusiasm for helping me finish my meals. Otherwise, I see a lot of to-go boxes in my future. Which, in retrospect, might not be all that bad.

HAPPY 30TH ANNIVERSARY TO MY PRINCE CHARMING, SLAYER OF BUGS, AND BLOG MATERIAL PROVIDER. THESE HAVE BEEN THE BEST 30 YEARS OF MY LIFE! 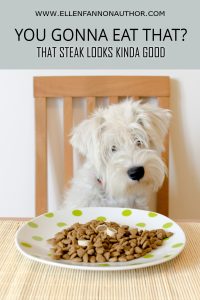