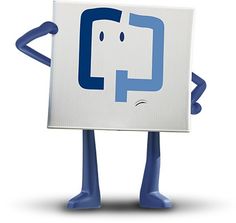 Is there anyone besides me who finds the Cologuard commercials annoying and a little bit creepy? In case you haven’t seen these commercials (which is unlikely as they are constantly playing), a little box with arms, legs, mouth, and eyes walks up to people minding their own business and starts badgering them about screening for colon cancer. In one ad, he interrupts two women walking their dogs. In another, he takes his towel, plops down uninvited next to a couple on the beach, and starts up a conversation with the husband. The wife blatantly ignores him. (Good for her.) He shows up while a woman is trying to swim laps in a pool and trots up and down the side of the pool yammering at her, and he stalks a man climbing the steps to his office. He shows up at the gym where women are trying to work out. My first inclination would be to tell the creepy little box to “bug off,” but the people he encounters are all delighted with the intrusion into their activities and encourage him to, “tell me more.”

He then goes on to discuss how people should be screened for colon cancer starting at age forty-five and above. Unlike a colonoscopy, this testing is non-invasive and can be done at home. Okay, I can see the appeal. You don’t have to go on a starvation clear liquid diet the day before the testing. You don’t have to force down that horrible-tasting prep drink and spend the next several hours in the bathroom, praying you have hoarded enough toilet paper. You don’t have to report to the surgical center in the wee hours of the morning and have all your dignity stripped away. And you don’t have to go under general anesthesia and wake up wondering what happened during the time you can’t account for. All you have to do is ask your doctor to order the pesky little box, take it home, get your stool sample, and send it off to a lab where they will test the DNA in the sample for cancer and pre-cancer.

The tagline for the commercial is, “A Colon Cancer Screening That’s as Easy as Get. Go. Gone.” Even the tagline is rather distasteful in my opinion, even though I will admit it’s catchy. Then, of course, come the warnings that the test is not intended for people with high risk of colon cancer, and there have been false positives and false negatives reported with this testing, which makes me a little concerned. I mean, how would the patient know if his test was a false positive or negative? Sure, if it comes back positive, the patient needs to follow-up with a colonoscopy, so he might as well have just gone ahead with a colonoscopy in the first place. But if it comes back negative, how can he be sure it is really negative? Can a person truly have peace of mind with, “It’s probably negative, but then again, your test could be a false negative and you might have deadly cancer cells lurking in your colon at this very minute?”

I think the final straw came for me when I viewed a new Cologuard commercial in which the creepy little box showed up in a restaurant and disrupted the conversation of two couples trying to enjoy their dinner. I mean, seriously? Is nothing sacred? Personally, I do not find the topic of pooping in a box appropriate dinner table talk. I have a pretty strong stomach, but I really don’t want to discuss my colon or testing thereof while I’m eating. It’s like the little box has no filter. The couples in the restaurant were quite accommodating, as were all the other people he accosted in the other commercials, but I’m waiting for him to finally bother the wrong person and be told, in no uncertain terms, to “butt” out. 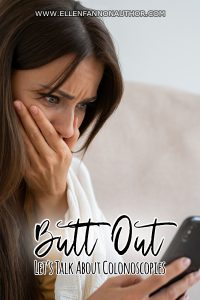