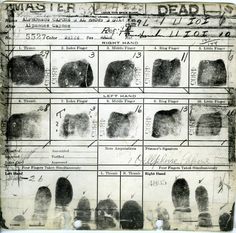 I have disappearing fingerprints. That’s the term used for fingerprints in which the ridges flatten over time to the extent that it is difficult to capture a fingerprint. I didn’t even realize this was one more imperfection I have until my husband and I went through the process to become foster parents and had to give fingerprints.

The first prints we had done were the old-fashioned ones where we had to smear black ink—which never washes off— on our fingers and roll our fingers perfectly onto a white card. My husband’s prints were accepted immediately. I had to redo mine three times. Later, fingerprints could be captured electronically, which was much easier, except for me. Every couple of years, we had to redo our fingerprints. I never understood why, since our fingerprints aren’t supposed to change, but apparently for some reason our prints weren’t kept permanently in the “system,” necessitating continual retaking. (Government regulations, don’t get me started.)

Again, my fingerprints were always problematic. After carefully and painstakingly rolling my fingers as directed across the scanner, the blasted machine always rejected my prints. The person taking my prints would then mash my fingers onto the scanner for me. Still rejected. I would then be given a special gel to rub over my fingers to help the prints show up. Nope. As with me and everything else electronic, nothing ever worked the way it was supposed to. Finally, after having my prints repeatedly rejected, the technician would over-ride the system and force it to take my prints and I would be left with throbbing fingers.

I found out later that fingerprints can, indeed, be worn down over time with activities that cause friction, such as playing the piano or typing. In fact, in “Forensics for Dummies, 2nd Edition” by Douglas P. Lyle, I discovered there are a lot of ways fingerprints can be altered or worn down, other than intentionally. Certain professionals who work with chemicals, such as hairstylists and dry cleaners can damage the upper layers of the skin on their fingertips, flattening the ridges of their fingerprints. Skin diseases, as well as some chemotherapy drugs, can also alter fingerprints. There are even genetic disorders which cause fingerprints to be imperceptible.

With all the other defects in my body, you would think I could at least have good fingerprints. But the upside is if my fingerprints are so difficult to intentionally obtain, think of how hard it would be to convict me of a crime based on fingerprint evidence. I seem to be in questionable company, with people like John Dillinger, who attempted to alter his fingerprints by pouring acid into cuts on his fingers. I don’t know why this inability to capture my fingerprints gives me a sense of security, as I’m not anticipating any crime sprees in the near future. Maybe if John had taken up piano, he could have worn down his fingerprints and avoided a life of crime, like me. 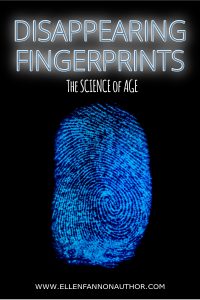