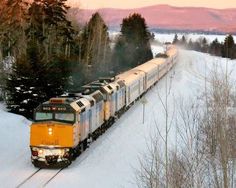 If you’ve read my last two blogs, you’re probably wondering where the trains came in. Well, the train came in from Anchorage to Denali when the trip still showed promise of a grand adventure. I’m sure Denali is where we were infected with the evil virus. It was somewhat odd that the cruise ship required masks in all public areas, but the train, in which we were confined within the same air compartment with multiple people for nine hours did not. Nor did the tour buses. And this was the same tour company that arranged the entire trip. Why the discrepancy, I don’t know. Plus, on the train, rather than social distancing, we were forced to sit with strangers in the dining car to conserve space. Who knows what germs those people sitting across from us with whom we were forced to make small talk during lunch were incubating? Actually, we mostly listened, as the man was a motor-mouth.

We also attended two dinners in Denali, in which the food was served “family style.” We sat at large tables and passed plates of food around, which, in retrospect, was probably not the best idea. But seeing as how we had been in close contact with multiple people over the last 2.5 years and remained uninfected, I suppose we were trusting our luck would hold out.

The really exasperating part of this whole trip, though, was not missing out on a long-awaited vacation. It was being stalked by the Canadian government. After we managed to escape Canada, I got a phone call two days later from the Canadian government asking where I was. I explained we had hired a private car to drive us from Vancouver to Seattle, and we were safely back in Florida, taking our Covid germs with us, rather than spreading them all over Canada. (Actually, our five days of quarantine was up before we left the ship, so we shouldn’t have been spreading anything, lest you think we’re irresponsible.) As the call came in while Hubby and I were driving, Hubby told them he was with me, so they didn’t need to contact him later. They assured him they would make a note of it. Two days later, they contacted him wanting to know where he was.

The next day, we received the following email:

You are receiving this email from the Government of Canada because you recently entered Canada.

It is Day 10 of your isolation and you MUST complete your final COVID test and submit it today, if applicable. Travelers who do not complete their Day 8 test (if applicable) may be subject to a fine of $5,000 and/or prosecution.

Note that you may also be contacted by provincial/territorial authorities throughout your 10-day isolation.

Thank you for doing your part to slow the spread of COVID-19 in Canada.

Um, sure, threaten us with fines and prosecution and then request that we please answer calls from this phone number. As far as being visited by a screening officer or law enforcement, or territorial authorities, feel free to visit us in Florida. (Just be sure you have a negative Covid test before entering the U.S.) I thought we were already doing our part to slow the spread of Covid in Canada by leaving the country. It is downright disturbing to realize that, like our government, Canadian officials from one department to the next apparently don’t communicate with each other. Besides, wouldn’t you think they’d have more important things to deal with besides tracking down tourists who have told them several times they are no longer in the country?

We chose to ignore the email. I just pray we don’t get extradited to Canada for a Covid test. 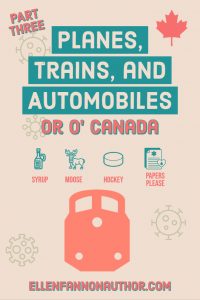