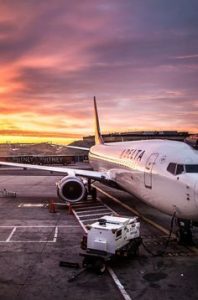 In my last blog, I delighted you with the first part of our journey to get back to “There’s no place like home,” after being quarantined for most of our Alaskan cruise—which has been on the bucket list for years, mind you. Not that I’m whining. I will say, to my credit, that although we had movies available in our quarantined cabin, not once did I subject Hubby to a chick-flick. But at least we were together, which is better than the poor people on either side of us who were separated from spouses who tested negative. And we made it out of the incarceration still married.

Once out of Canada, our driver took us to a hotel in Seattle, which we had to have in order to get out of Canada. We checked in at three, rested a while, and then checked out at nine to catch the Redeye home. With traffic, it took an hour for the hotel shuttle to deposit us at the airport, where we had to drag our luggage a mile-and-a-half to the check-in area. Just as we were placing our bag on the check-in counter, our flight was cancelled. The agent tried his best, but there was nothing available until 7:00 am. So, for the second time that day, we checked back into a hotel, after dragging our luggage the mile-and-a-half back to the hotel shuttle area and waiting for pickup. We fell into bed around midnight and got up at 3:30 a.m. to get back to the airport. As we waited in line for the hotel shuttle to load, a flight attendant barged to the front of the line and thrust her bags at the driver. I really didn’t understand her actions, as we were all going to the same place on the same shuttle, and, on top of that, when the driver unloaded the bags, he had to take everyone else’s bags out to get to hers. I told Hubby I almost said something snippy to her, but with my luck, she would be our flight attendant.

“No, she was Delta. We’re flying American.

Back another mile-and-a-half to the check-in area. Then through security. Let me just say I have never seen more inconvenient, inefficient security than in Seattle. In Seattle, everything goes into a bin, including carry-on bags. The problem is there are not enough bins, so while your purse and laptop are happily sitting on the other side of the scanner available for anyone to randomly walk off with, you’re stuck waiting for available bins to put your shoes in. Then, after walking through the body scanner, the TSA agents spin your body around to “pat you down,” while you’re trying to keep an eye on where your valuables disappeared to. I searched for my purse for several minutes before finding it abandoned at the extreme end of the station, off the conveyor belt. Yes, in retrospect, I should have sent the valuables through last, but I didn’t realize that at the time.

But, at last we were through, with time to kill before our flight. The nice airlines gave us vouchers for $24.00 worth of food to compensate for our cancelled flight. Of course, nothing was open at that hour, except for a convenience-type store. So I bought a sandwich to take on the plane (since you don’t get fed on long flights, anymore), a Diet Coke, and a pack of gum. The total came to $20.00. But the cashier couldn’t get the computer to accept our vouchers. Meanwhile, she stopped in mid-transaction to go help another woman at the “self-check-out” who couldn’t figure out what to do. I don’t want to be unreasonable, but if you don’t know how to use the self-check-out, shouldn’t you wait your turn for a cashier? Finally, she came back and managed to put the vouchers through after repeatedly re-entering the numbers over a twenty-minute period. Good thing for her. I had already drunk my Diet Coke while waiting and I refused to pay cash. Plus, I was still feeling pretty rocky after Covid, not to mention 3.5 hours of sleep. I would have hated to have to hurt her.

The flight finally left, after a long delay, and we were that much closer to home. I didn’t even complain that we were stuck in the last row of seats—the ones that don’t recline—by the bathrooms. I was just happy to be out of Seattle. The flight connected in Charlotte, where we had a four-hour layover. Hubby and I were hungry, so we went to Papa Johns in the airport. Of course the money left on our food voucher was not accepted. (Wish I’d have bought an extra pack of gum in Seattle.) Then, to absolutely top off the trip, the clerk gave me a personal pan supreme pizza instead of a meat lovers.

“Just pick everything off,” advised Hubby.

“No!” I insisted. “We paid ten bucks apiece for these pizzas and this is not what I ordered. I’m not putting up with anything else going wrong!” I marched back and shoved my pizza box back at the clerk, who made me wait fifteen minutes for the correct order.

Finally, our four hours were up and we were five minutes to boarding. But wait! There’s more! Boarding was delayed due to mechanical problems with the plane. We watched helplessly, as maintenance crew came and went, the plane was started up and shut down, and the baggage area re-opened.

“I’m just going to walk from here,” I told him. “Point me in the right direction.”

At last, after another forty-five-minute delay, they started boarding passengers. But we were told to hurry up and get on the plane because in another few minutes, if the plane wasn’t off the ground, they would have to bring in a new flight crew. No! No! No! Surely the crew could last another hour-and-a-half to Fort Walton! If necessary, I would throw myself across the cockpit door and beg. Or threaten, which would probably have gotten me thrown off the plane. Besides, have you ever tried to hurry up and get on a plane? Fortunately, we took off before a new flight crew had to be summoned, and we were finally going home. Did I mention that there were not one, but two crying babies? One directly across from us and one in front. Yeah, the whole way. SIGH. 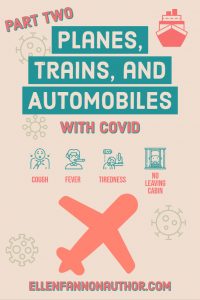