I love watching medical shows.  The rest of the family, however, does not like watching medical shows with me, as I tend to point out all the things which are ridiculously impossible—much like my husband points out everything wrong with shows having anything to do with airplanes.  (I mean who really cares if the airplane is a B 52 or an F 16? Does that really make any difference to the storyline? Don’t answer that.)

Usually, after a few seasons, however, I lose interest, mostly because the shows become less about medicine and more about the interpersonal relationships of the characters in the show.  It seems everyone in the shows has some tangled or tawdry relationship with everyone else in the show which has nothing to do with work. Seriously, who wants to hang out with their co-workers after work? And let’s face it. Does anyone really want the two doctors performing their open heart surgery to have just had a lovers’ quarrel the night before?

Recently, I have been following The Good Doctor. The idea of a brilliant, but autistic doctor is an interesting and unique concept.  So far I have been able to overlook the fact that the surgeons are able to perform every type of surgery from brain surgery to orthopedics to heart surgery, etc. I have even been able to overlook the fact that the interns and residents seem to be smarter than the attendings and chiefs, as they are always coming up with novel ideas to perform an impossible surgery.  Never mind the fact that the surgeons, for some reason, are always in the emergency room taking in emergency patients.  I won’t even bring up the fact that patients come in with a problem, are worked up, diagnosed, have their surgery performed, and check out of the hospital all in the same day.  Or the fact that the organs shown during operations look nothing like real organs.

The episode in which all the organs were taken out of a patient, cleaned from cancer, and put back into the patient was a stretch.  But I simply could not handle the latest dilemma.  A patient with a broken leg needed surgery, but she refused pain medication and anesthesia because she was a recovered opioid addict and was afraid of becoming hooked on narcotics again. So the surgeons reluctantly performed orthopedic surgery without any pain killers or anesthesia, other than soothing music and someone holding her hand in the OR.  Oh—she did have a mouth guard to bite down on.  I guess nobody considered consulting an actual anesthesiologist.  I mean, come on, brilliant surgeons, there are other pain control modalities besides opioids.  Has nobody ever heard of an epidural?  How about a nerve block?  What about gassing her down with gas anesthesia?  Or, just suggesting here, using pain killers and anesthetics which are not opioids?  They do exist, you know.  At the very least, let’s try acupuncture. Or hypnosis.

All I know is that no surgeon in this century would perform a major orthopedic procedure on an awake, screaming patient.  Even in a third world country.  Who writes this stuff, anyway?  Is there even a medical consultant on staff?  If so, I recommend they fire this person and hire a veterinarian.  We know a thing or two about making it easier to perform procedures on squirming, uncooperative patients. 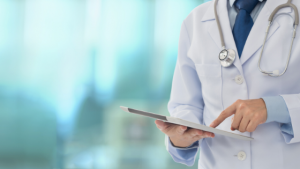