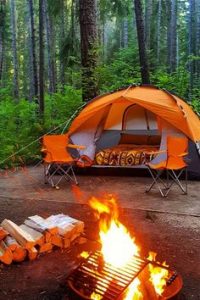 Last week was spring break for Younger Son and for some reason we thought it would be a good time to really try out our new camper for more than a couple of days. Excitedly, we planned to haul our camper eight hours away to the mountains in Helen, Georgia. Planning is the key word, here. It took a full week to pack the camper with all the necessities we would need in order to survive the wilderness of the resort campground. With a bored fifteen-year-old. In the cold. And the rain. What were we thinking? Well, we were obviously thinking of a nice, relaxing getaway, where we could have time to sit and do nothing. Surprisingly, this was not Younger Son’s idea of a good time.

Seriously, what teenager wouldn’t jump at the opportunity to spend a fun-filled week in a 21-foot trailer with one’s parents, with no TV and preferably no internet to detract from experiencing full detachment from society, turning sideways in order to pass each other in the narrow confines of our miniscule living space which makes tiny homes look like mansions. Obviously not Younger Son. He even refused to play Yahztee with us, if you can believe that. The first couple of days he found some other bored teens to hang out with, but apparently the spring break schedules in Georgia did not coincide with Younger Son’s schedule in Florida, so after the first of the week, he was on his own in a world of retirees. Even the campfire we built on the night it didn’t rain failed to draw him in. But what can you expect from a weird child who doesn’t like s’mores? Did I mention he’s adopted?

Lest you be tempted to turn us in for child abuse, let me reassure you we did take him zip-lining to fill his need for excitement (and spending $$$) that extended beyond Yahtzee with the old folks. At the risk of breaking our elderly, fragile necks, I might add. Actually, it was my shoulder I injured, rather than my neck, when all the safety instructions our guide gave us prior to launching us through the air several hundred feet above the ground went out of my head, and I attempted to slow down by grabbing the line (which we were specifically told NOT to do), rather than laying my hand flat. I realized my mistake when I felt myself wrenched backward and separated from my arm. But what’s a dislocated shoulder when it comes to the happiness of a pain-in-the-you-know-where whining, bored child.

“Are we ever going on a real vacation again?” Younger Son lamented. A real vacation to him includes flying somewhere across the country and staying in a luxury condo with his own room, his own TV, and a hot tub by the pool. Just as long as he doesn’t have to go sight-seeing or shopping with us. In other words, one in which he never has to interact with us. Oh, and which costs several thousand dollars.

“This is why we bought a camper,” we patiently explained to him. “So we can travel wherever we want and have our own accommodations with us. We can do a lot more with a camper.”

The look of horror on his face was priceless. But not to worry. In three years, he will turn eighteen and can take all the luxury vacations he can afford. Like Older Son, who spends his free time . . . well, camping. In a tent. Younger Son could have it worse. 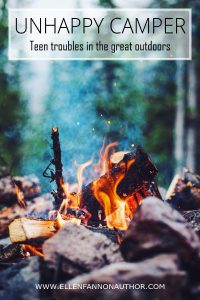