A Rose By Any Other Name 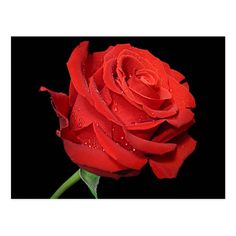 I ran across the saying, “food insecurity,” again the other day, and I thought, someone is trying way too hard to avoid calling starvation by its real name. The term “food insecurity,” coined by Henry Kissinger in the 70’s, is strictly defined as the disruption of food intake or eating patterns because of lack of money and other resources. The words “food insecurity” conjure up in my mind the image of someone lacking comfort foods, such as mashed potatoes or chocolate pudding, rather than the heart-wrenching, dark reality of starving people. It made me think about how often we try to soften words or make them seem less offensive by assigning gentler names, or euphemisms.

For example, people “pass away,” rather than die. Yet there is no doubt in anyone’s mind that when someone has “departed this earthly life,” they are not any more gently dead than if they had simply died.

Garbagemen have become “sanitation engineers” and bug men are “pest control experts.” I get it. Who wants their persona to be defined by those somewhat unflattering names? Especially with the invaluable services they provide. How about “septic pump technicians?” Or “animal control officers,” versus “dog-catcher?” Nevertheless, everyone knows what the jobs entail, despite trying to dress up the titles. And I doubt many people think any differently toward a garbageman than a sanitation engineer.

When I was a child, women who didn’t work outside the home were called “housewives”— although I always thought the word “housewife” was silly because, who, after all, marries a house? I also thought the substitute buzz words of “domestic engineer,” which became a popular upgrade from “housewife” a few years later, were equally dopey. What exactly were these women engineering? How about “homemaker?” To me, the word “homemaker” invokes a picture of someone wielding a hammer and nails constructing a building. And does that imply that women who work outside the home somehow fail to create a home environment for their family? Nowadays, these parents are called “stay-at-home moms,” (or dads) which also doesn’t adequately describe their status, as most of them are constantly on the go with activities, rather than shuttering inside their four walls like people suffering from agoraphobia.

If one has been laid off, it is often cloaked as an “early retirement opportunity.” There are no poor people anymore, they are “economically disadvantaged.” Nowadays, nobody lives in slums. They live in “sub-standardized housing,” or “economically depressed neighborhoods.”

How about those “pre-owned” vehicles? As if it would never occur to me that I was not the first owner of my “new-to-me” car with a deceiving moniker such as “pre-owned” instead of “used.” Or, even better, “pre-enjoyed” vehicle. Seriously? Someone else enjoyed it first? That’s even less appealing, as it makes me more aware that I’m getting someone’s castoff because they didn’t enjoy it anymore; and that makes me feel somewhat inferior for enjoying it now when someone else stopped enjoying it. But perhaps the car dealers believe the genuine “imitation leather” (euphemism for vinyl) seats make up for the fact I was not the first owner.

If you’re a politician, you can get away with “committed terminological inexactitude,” instead of lying. And “illegal aliens” are now “undocumented workers.”

Which takes me back to “food insecurity.” No matter how you try to lessen the impact of how horrible the lack of food is by calling it something less offensive, sometimes I believe you need to call things as they really are. “Food insecurity” is too kind and gentle, especially if you are a starving person. I am reminded of the words of Shakespeare, “A rose by any other name would smell as sweet.” The reference is often used to imply that the names of things do not affect what they really are. Sometimes I think we just need to call a spade a spade. 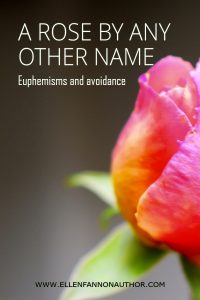