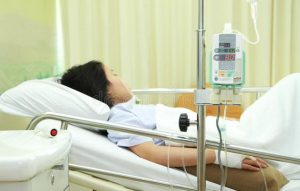 In my last My Cheating Heart blog, I mentioned I was diagnosed with atrial fibrillation. Before I accepted that diagnosis, I asked for a continuous heart monitor. The doctor graciously agreed. I drove to Crestview for the first appointment of the morning, at 7:30, to have the device put on before work. I waited until they unlocked the doors of the clinic, then waited for another forty minutes for the technician. I won’t even speculate as to why I had to wait forty minutes as the first patient of the day. The technician never could get the monitor to work, but sent me out with the words, “It’ll start working once you leave the building. Our Wifi isn’t very good.” Well, surprise, surprise, it still wasn’t working the next day either, so I called the company, who told me I had a faulty monitor and the doctor’s office never should have let me leave without correcting the problem. Ya think? They sent me a new monitor, which also didn’t work, so I said “to heck with it,” especially since the tape used to attach the monitor to my chest caused burning red welts on my skin.

So, I was scheduled for a cardiac ablation to correct my a.fib. The scheduling nurse told me to be at the hospital at 5:30. My stunned brain replied, “A.M.?” I had no fewer than three surgery pre-registrations for the hospital. The weekend prior to the surgery, I received an email with a number to call. I called and got some woman in a basement in India. I couldn’t understand a word she said, but she assured me I was pre-registered. (I think.) Then the day before surgery, I called the number given to me by the doctor’s office (which was the wrong number—again), and while I was on hold being transferred, my cell phone rang with the hospital calling. I hung up the land line and answered the cell. This woman, after obtaining my name, scheduled procedure, date of birth, address, next of kin, favorite color, and grandmother’s prom date, insisted on the last four digits of my social security number. I insisted she did not need it and refused to give it to her. She insisted she needed it for my identification purposes. I insisted she had plenty of other ways in which to identify me. She said they couldn’t proceed with the registration process without it. I said they’d have to try. Does the hospital really have that much problem with identity thieves stealing other people’s surgeries? Did they expect someone pretending to be me to present themselves in my place at 5:30 the next morning hoping to usurp my cardiac ablation procedure? Can the hospital only foil this theft with the last four digits of my social security number? What if the thief stole that, too?

The morning (middle-of-the-night) of surgery, I couldn’t help but think there was something somewhat twisted about walking into the hospital feeling perfectly fine and being wheeled out feeling like I’d been hit by a truck. I was admitted (without my social security number) and taken back where all my modesty was removed. Then to add insult to injury, the nurse informed me I had to have TWO IV’s. I can hardly tolerate ONE! The first vein blew, and as the sweet, apologetic nurse was searching for another, the anesthesiologist showed up to question me. I have no idea what our conversation entailed as my eyes were tightly shut and my teeth gritted against the agony of the IV insertion. Okay, so I’m a wimp. I am not ashamed to admit it.

Next, a technician came in to shave my groin for the procedure. You don’t want to know the ugly details, other than she actually used a LINT ROLLER (I am not making this up) over my most sensitive private area. It wasn’t pretty. I almost had to smack her. People should really be sedated for that ordeal.

Then the surgical nurse came in and proceeded to place THIRTY-FIVE stickers on every square inch of my body. He nicely explained what they were for, but I quickly lost track. He told me the anesthesiologist would place the other five stickers on me when I got into surgery. I only hoped they removed all those stickers while I was still asleep. Finally, I was wheeled into the cold, scary surgery suite (with no valium, mind you), where I hoped I would be put under quickly. Mostly because I was freezing.

After that, I don’t remember anything except a bunch of disembodied voices calling my name when I just wanted to go back to sleep. Later, the nurse told me I kept trying to scratch my eyes when I was waking up, and because they knew I was a veterinarian, they threatened to put the cone of shame on me if I didn’t stop.

In post-op, I tried to succumb to the lovely depths of blissful unawareness, but unfortunately, I got parked next to John, the motor-mouth. I don’t know why John was in post-op, but it obviously wasn’t for oral surgery. John held the post-op nurse hostage regaling her with the entire story of his life. The poor woman eventually pulled a table and her lab top over to his bed and camped out there. I figured John was lonely, and I might have been a little more sympathetic if I didn’t have my own issues to deal with at the time, such as the fact I had to pee and the nurse was busy listening to John. I heard all about his car problems and the extensive details of his sister’s wedding. There were a number of other things I heard, as well, but thankfully, I forgot. Each time I drifted off, John would start in again. When he wasn’t talking the ear off the post-op nurse, he hummed—loudly, and out of tune. If I’d had the strength, I would have yelled at John to “shut up” and told him the nurse wasn’t there to entertain him. She had other post-op patients, like me, to take care of. I realize that isn’t a very charitable attitude, but I blame it on my post-anesthesia fog. It seemed to me like John should have been transferred back to his isolated cubicle, as he was obviously awake enough to talk nonstop. But in the end, I was the one who was wheeled out first. I almost broke into tears of joy just to be away from John.

Back in my cubicle, I was reunited with my husband, who had been patiently waiting for six hours. He told me the doctor had come out to talk with him, and although he couldn’t relay a thing the doctor said, he did remember the doctor saying I had a small heart. What? That hurt my feelings! It seemed like such an insulting thing to say. What am I? The Grinch, with a heart two sizes too small? And all this time, I thought I had a big heart. I was just digesting this piece of information, when I noticed there was a sticky pad on my chest. Figuring they had missed removing one of the forty patches, I reached down and yanked it off. In retrospect, that was not a good idea. I had forgotten the doctor implanted a monitor under the skin. The area held off bleeding until I got dressed. Then blood gushed everywhere. Fortunately, I was lying down, so I didn’t pass out from the sight of my own blood. (Yes, I’ve already admitted I’m a wimp.) The nice nurses came in and took care of the bleeding with a wad of gauze and sticky tape that became synonymous with my skin when I dared attempting to remove it the next day.

The nice nurse also mercifully removed my IV’s, although she did make a comment about my tiny veins. I told her to give me a break. I can draw blood from a parakeet! 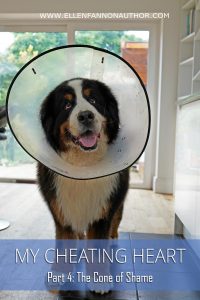