I’m Still Going For My Best 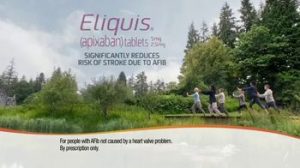 I don’t understand why all the people in TV commercials living with chronic health conditions are all having the time of their life! One guy is shown riding a Ferris wheel, kayaking, and taking a nature hike with some kid I’m assuming is his grandson. Another man is shown walking on the beach with a small child, again, I’m presuming to be his grandson. They pick up shells and listen to the sound of the ocean in a conch shell. Our grandchildren just visited a few weeks ago. They spent most of their time planted on the couch with their noses buried in their electronic devises. We tried to get them out of the house to do fun things, like tubing on the Blackwater River, but first, Younger Granddaughter had to go “poop” in the middle of nowhere, then Older Granddaughter screeched at the top of her lungs because she wasn’t “going anywhere,” as she ineffectively kicked her legs and splashed her hands instead of making actual rowing movements to propel herself forward, and Younger Grandson complained bitterly that “he was getting all the bad currents,” as he kept heading into the trees. I guess we’d used up all the good currents before he got to them. We even tried taking the grandchildren to a Blue Wahoos game, but the older ones spent all their time with their noses buried in their electronics or at the snack bar, while the younger ones spent the entire game climbing over seats and running up and down the aisles. I don’t get it. I’m taking Eliquis, and I’m not enjoying quality time with the grandkids!

But it’s not just grandkids. Another commercial shows a couple taking a cross-country train ride, enjoying an outdoor theatre in the park, visiting exotic castles, and doing yoga in the park. I complained to my husband about this unfairness, and he replied, “You didn’t marry a fun husband.” What? I don’t see what that has to do with anything. I’m taking Eliquis, for crying out loud. Doesn’t Eliquis come with the promise of adventure and fun? Apparently not. I’m still going to work, cooking, doing dishes, doing laundry, cleaning the house, running errands, picking up after everyone else in the house, and putting up with a surly teenager.

I think I’m going to complain to Bristol-Meyers Squibb, the company that makes Eliquis. I want to know “what’s next” for me. And they’d better deliver something more exciting than accompanying my husband to his colonoscopy appointment. 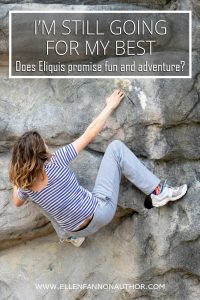