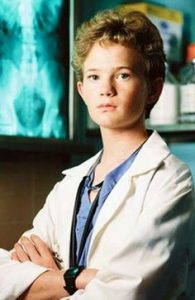 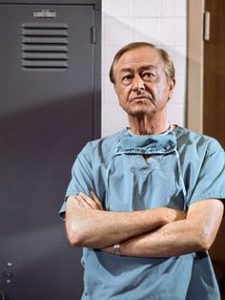 My doctor had the audacity to retire. Okay, I will grudgingly admit he has the right to enjoy his golden years without the pressure of taking care of a bunch of other senior citizens like me. But breaking in a new doctor is hard work, especially when I was used to the old one. The fact is, however, that as I grow older, so do my doctors. There was a time (many years ago) when I wanted my doctors to be older than me. That meant they were more experienced than young doctors and knew what they were doing. Now, even if I could find a doctor older than me, I’m not sure I would want them. Let’s face it, do I really want an old codger who shuffles into the exam room and forgets what I say thirty seconds after I’ve spoken? (Come to think of it, that sounds a lot like me when I am on the opposite side of the exam table from my patients.) I have adjusted my image of the perfect doctor, somewhat. Now, I prefer a doctor who is approximately fifteen years younger than me, has been practicing for at least twenty years, and unlikely to retire in the near future. (At least until after I’m dead.)

Since I have been patronizing a particular medical clinic for the past several decades, at least I don’t have to start from scratch trying to find a doctor taking new patients. No, I have the opposite problem. They are going to pair me up with a new doctor looking for patients. This could be a double-edged sword. On one hand, the new doctor may have a lot of time on his hands and be willing to spend some of that excess time listening to me regale him with all my aches and pains. On the other, he may be a Doogie Howser, fresh out of medical school, having never touched a real live patient before, using me as a human guinea pig.

I’m trying to keep an open mind. After all, I was a new doctor once (yes, veterinarians are real doctors), and I wanted people to give me a chance. In retrospect, those people were naively trusting, as I look back and realize how little I knew and how inexperienced I was. Now, I’m at the other end of the spectrum. I’ve come full circle from knowing nothing to knowing everything and back to knowing nothing. The more I’ve learned, the less I seem to know. And the rules are constantly changing. What was considered the gold standard of care thirty years ago has now become malpractice. Nevertheless, as I keep up with new discoveries and methods, I’m reminded that if all of a sudden, I had to practice without my instant blood work, ultrasound, radiographs, and other diagnostic aids, I could probably do a pretty good job, because I’ve done it before. Not like the newbies who order a bazillion tests without ever touching the animal.

Which causes me a bit of concern. I don’t want this new doctor ordering a bazillion tests on me rather than actually listening to me and doing a simple, thorough physical exam. I’ve already had a bazillion tests and I’m not anxious to add a few more to the mix. I meet my new doctor next week. I hope he’s up to the challenge. Otherwise, Doogie, I may have to hunt down Marcus Welby. 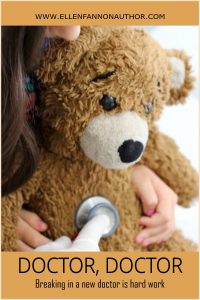