Take Me Out to the Ballgame, or Maybe a Good Movie 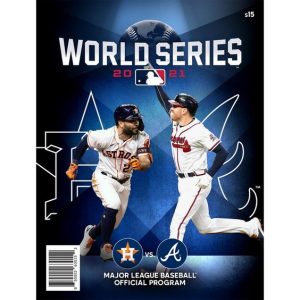 The other night, two days before Halloween, my husband and I did something so out of character for us it was almost scary. We watched one of the games in the World Series. In thirty years, I have never seen my husband sit down and watch any sporting event on television. It’s one of the things I love about him. Growing up in a home where my father watched baseball, football, basketball, tennis, and grass grow, I became dull-witted from the nonstop blabber of sports announcers. The games wouldn’t be so bad, in and of themselves, except for the incessant running commentaries.

Now don’t get me wrong. I attended every sporting event in high school and many in college, even if some of the time it was only because I was in the band and had to attend. I even went to events that few people ever supported, such as wrestling matches, swimming meets, and bowling tournaments. Okay, so I had a boyfriend who participated in these activities. So what? Plus, the uniforms were cute. As a parent, I have also dutifully appeared at every little league game, tai-kwon-do match (don’t get me started on how boring those are), and football game, even if it was only to watch my son marching in the band or serving as the team’s water boy.
So I have experienced my fair share of sporting events and have no desire to push things up a notch by becoming attached to professional sports, except on the very rare occasion when I have attended a game in person. Thus, it was extremely unusual when I tuned into Wheel of Fortune and found it usurped by the World Series, that I said to my husband, “If I cared who was playing, I might be tempted to watch a little of the game.” I quickly found out that the Cincinnati Reds (my hometown team) were not participating.

To my utter astonishment, he replied, “Let’s just watch for an inning or so. Then we’ll find a movie.”

“Okay,” I agreed. Of all the sports, I find baseball the most interesting, so I was game, so to speak. “But I don’t know who to root for. I can’t just watch the game without rooting for one team over the other.”

I waffled for a minute or two, then decided to root for the Atlanta Braves because I liked their uniforms better. They were a bright red and blue, compared to the drab gray of the Houston Astros. It seemed as good a reason as any. Then again, maybe that wasn’t completely fair, as the game was being played in Atlanta, and perhaps the home team uniforms are more attractive than the visiting team uniforms. If they’d been playing in Houston, perhaps I would have changed my mind. But once I’d picked my team, I remained loyal, even though I became enamored of the Astros starting pitcher, Luis Garcia, who had the most unique windup ritual I have ever seen in a pitcher. He “rocks the baby” and then does a salsa step before letting loose of the ball. I simply couldn’t take my eyes off him.

Four bleary hours later and an hour past my bedtime, we were still watching. The Braves were ahead, 2-0 going into the top of the ninth inning, and I found myself really rooting against the Astros tying up the game so we could forego the bottom of the ninth and I could go to bed. I felt a slight twinge of guilt over this selfishness, as I realize the Astros had a lot at stake, but, then so did I. At my age I need all the beauty sleep I can get. Thankfully, the Astros didn’t tie the score and the game ended.

That was the one and only game in the World Series we watched and I’m still trying to wrap my head around it. I just hope this doesn’t become a new trend for my husband and me. Who knows where it might end up? All I know is if we start watching “Fishing with Red,” I’m seeking professional help. 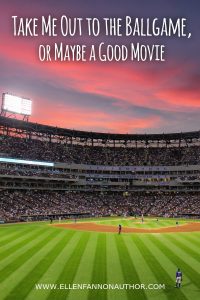