It’s all fun and games until somebody spins a bankrupt 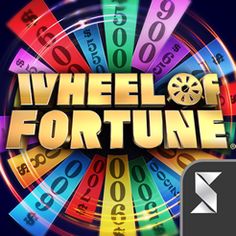 I like game shows. And one of these days I’m going to cross one more thing off my bucket list and become a contestant on Wheel of Fortune. I am an excellent couch contestant. I can solve those puzzles much faster than the dummies on the show. Moreover, I’ve had over thirty years of experience from watching the show. It’s just a matter of submitting my application and waiting ten years to get chosen as a contestant before either a) I die b) the show goes off the air c) I become too senile to remember how to play the game. If by some miracle I make it, I vow I will not be one of those annoying contestants. I’m sure you know what I’m talking about—the ones who are too “cute,” too “bubbly,” too sure of themselves, too arrogant, or the ones who blather ad nauseum about their grandchildren who nobody cares about.

A few years ago, there was a time limit for answering the questions on Millionaire. I really wish the show reinstated that rule. Some contestants can waiver for half the show on one question. While I tend to empathize a little on the tough $50,000 question, it drives me nuts when the contestant analyzes the first few “gimme” questions to death. Seriously, why can’t these people just answer the easy questions and move along rather than talking through every answer, explaining in intricate detail why it is wrong, so that we, the viewers, can appreciate how immensely brilliant they are? After all, everybody gets the first question right! But since Millionaire is no longer on the air (except for Celebrity Millionaire, which I refuse to watch because the questions are always super easy and the celebrities are always super obnoxious) I guess I can stop complaining.

Generally, I root for all the contestants to do well. But sometimes, there is a particularly insufferable or flamboyant person who I really hope will fall flat on his or her smug face. The problem is these people are like the Energizer Bunny. They keep going and going and going, making me wonder if, in fact, these shows are rigged. Otherwise, why do the loud, irritating show-offs always win? I can pretty much guarantee if I find a particular contestant annoying, that person will win. These people must be good for ratings.

Recently, the Greatest Jeopardy Player Of All Time tournament consumed me. This tournament pitted the top three Jeopardy winners ever—Ken Jennings, James Holzhauer, and Brad Rutter—against each other. I have always liked Ken Jennings. He is one of the few contestants who is brilliant and still maintains a persona of humility. I thought the arrogant, obnoxious James Holzhauer would never be dethroned. The other contestant, Brad Rutter, may as well have slept in, as Ken and James left him in the dust. So it basically came down to Ken and James. The players had to win a total of three games to be declared champion. There was nail-biting tension as I tried to mentally jinx James from ferreting out the daily doubles, which would pretty much guarantee he would be uncatchable. Ken won the first game. James the second. Ken the third. In the fourth game, by some bizarre twist of fate, James actually missed the final Jeopardy question. James missing a question had, heretofore, been unheard of. (Of course he still won a huge chunk of money, but he couldn’t claim the title.)

I know I must really take up another hobby, as becoming so emotionally involved in game show contestants is not healthy. But I can’t help myself—I have an addiction. All I can say is, please don’t hate me when I win big on Wheel of Fortune. I will do my best to remain humble. 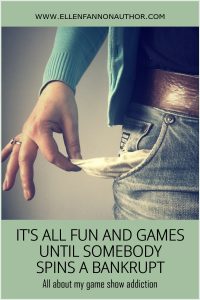