Your Call is Very Important to Us – NOT 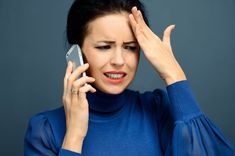 I have my month of December carefully and fully planned—around doctors’ appointments and physical therapy. Bah humbug! Everything is neatly squeezed into mostly times when I have days off from work, so it was with a little bit of aggravation that I came home to a message on my answering machine last night that one of my doctor’s appointments had to be rescheduled. Okay, I get it, and I’m a team player. So, tempted as I was to just blow off this doctor recheck, I did the adult thing and called this morning to try to make the necessary changes.

The phone went to an automated message that told me my call was very important and not to hang up or I would lose my place in line. During the next twenty-five minutes (yes, I counted while playing an entire game of Hearts and several games of Solitaire on the computer), I was treated to an endless scratchy audio loop of information extolling the virtues of the practice. For example, I learned that this medical office had a full range of services. I gathered that answering the phone wasn’t included in the full range of services. They also had all the latest treatments and procedures which I could discuss with the receptionist. Uh, what receptionist? The clinic offered the most comprehensive, efficient state-of-the-art care (telephone service not included), and highly skilled doctors, as well as a highly trained team. I guess highly skilled receptionists weren’t part of the team.

Periodically, I was assured, “we will be with you shortly.” After twenty minutes, I started to doubt the truth of this promise. Then, again, since I was also periodically reassured, “your call is very important to us,” perhaps I was mistaken. They also guaranteed they wanted “everyone to have the best care possible,” although they didn’t explain how they were going to manage to provide said care without rescheduling my appointment. But the scratchy recording informed me they would “assist me when they returned to the line, momentarily.” Since they hadn’t been on the line in the first place, I wasn’t sure how returning to the line worked. I was invited, however, to go online to set up an appointment. When I tried that approach, I realized this was only for new appointments, not rescheduled ones. The website did not list any other way to actually make contact with a human being. I almost said “to heck with it,” and set up a new appointment, leaving them to figure out what to do with my old appointment.

Despite the aggravation, however, I knew they really cared about me because they invited me to “let us know if there’s anything we can do to improve your experience.” Uh, how about answering the phone? Or, how about updating your telephone system into the new century by allowing my unanswered call to roll over into a voice mail that would never be returned? At least that would give me the false sense of security that something was being done to resolve my problem of having to reschedule my appointment, which, by the way, they caused in the first place by changing my original one. How about adding texting? Even we dog doctors have a telephone system that includes modern texting capabilities. Sure, it hangs up on people and I have yet to put anyone on hold and find them again, but at least our clients have options other than spending their lives on hold listening to a scratchy recording of how wonderful we are.

After twenty-five minutes, I came to the conclusion my call was not all that important to them, nor were they going to be with me momentarily. So, even though it meant losing my place in line, I hung up. Then I called my husband to complain. It was a good thing for him he answered his phone.