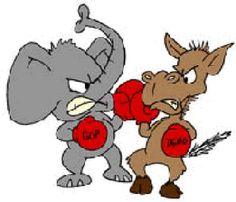 I have thin skin, and I’m not just talking about my aging, fragile epidermis that seems to tear like “old-people” skin whenever anything touches it. No, I’m talking about a sensitive ego, the type that has a tendency to get easily upset by the things other people say or do. Partly because of that flaw in my personality, I decided when I started my blog to stay away from controversial issues that might trigger hate responses and stick to poking fun at humorous events in everyday life.

Nevertheless, I found myself inundated with nasty, ugly comments from people a couple years ago when I posted a tongue-in-cheek blog on leaf blowing in the online newspaper. Apparently, a lot of people out there take their leaf blowing quite seriously. Either that, or they don’t recognize farce when they see it. There were even back-and-forth arguments between people who commented. I finally posted that the blog was never meant to be taken seriously; then I gave up reading any more comments as it became too stressful.

Since leaf blowing is such an emotionally charged topic, to that end, I vowed never to touch anything even more volatile, such as politics in my blog. I mean, really, how many people wake up in the morning and say to themselves, “Boy, I really want to get into a heated political debate with some ill-informed person from the other side of the aisle today.” No good can come of that, right? The problem is, nobody clued in Older Son, who is, once again, living in our basement, and whose politics are the polar opposite of ours.

The last time he lived here, he would periodically bring up controversial political topics and ask our opinion of them. Not that he wanted to hear our opinions, mind you. He just wanted to shout at us about how wrong, stupid, mis-informed, or brain-washed we were. We know this because whenever we foolishly opened our mouths to “discuss” a topic, he would loudly interrupt to enlighten us with the “truth” and turn us from the “dark side.” We were never able to finish an entire sentence, as he would become progressively louder and more argumentative. If we refused to play along, he persisted until he finally goaded us into making a statement we knew we would regret so that he could pounce on it. On several occasions, I had to literally walk away from our “discussions.” But even that didn’t work. He followed me down to the laundry room where he held my permanent-press clothes hostage while regaling me of how wrong my opinion was. He followed me to the bathroom—the once place in the house where a person should have peace—where he stood outside the door shouting his rhetoric. I haven’t had people shouting at me from the other side of the bathroom door since we had four-year-olds living with us. A couple of times, I actually fled from the house and sought refuge in driving away to somewhere else. On those occasions, he called me on my cell phone to apologize before he started in again about how wrong I was. I hung up on him. Twice.

We have pretty much mutually decided it is in all our best interests to avoid political discussions in our home if Older Son is around. Which is why I nearly kicked Hubby’s leg black and blue yesterday morning when he just had to comment on something he was reading in the newspaper at the breakfast table. Did Hubby get it? No! He lit the powder keg under Older Son, which set him off like fireworks on the Fourth of July. I informed Older Son numerous times that we weren’t going down that path again, but Older Son, being who he is, always has to have the last word. However, little did he know that this time, I had secretly emerged victorious. When I blog, I always get the last word! 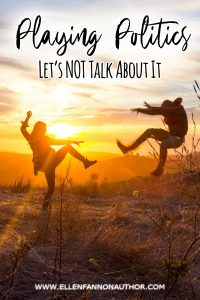