Confession of a Diet Coke Junkie 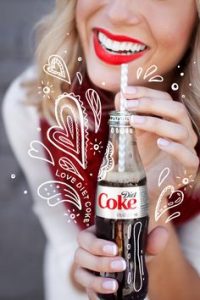 I just returned from the Blue Lake Christian Writers’ Conference in Andalusia, Alabama. The conference was held at a Methodist retreat several miles away from civilization, which makes it the perfect setting to disengage from the outside world. This allowed us to focus on improving our writing, learn from experts in the field, and make lasting friendships and connections with people who share our unique obsession with writing, while, at the same time, devoting ourselves to much needed spiritual renewal. The accommodations were unpretentious and rustic, which was ideal for the sense of peace and simplicity most of us needed to disengage with the busyness of our daily lives. All was perfect—except for one thing.

When I attended this conference in previous years, there was a Coke vending machine outside the cafeteria. I depend on my morning caffeine fix from Diet Coke, as I don’t like coffee or tea. After sleeping poorly the first night—which is typical for me whenever I am in a new place—I discovered, to my utter dismay, that the machine was no longer in residence. This was a huge problem.

In a semi-panic, I asked the elderly cafeteria worker if there was a Coke machine anywhere on the premises. She was quite hard-of-hearing and responded with, “You’re looking for toast?”

I couldn’t seem to make her understand, so I gave up, only to have her turn up at my side at the end of the serving line

asking, “Did you want ketchup for your eggs?”

I kept yelling, “No, I’m looking for a Coke. Coca-cola.” It became embarrassing as my voice got louder. I don’t think I ever did get through to her, although, to her credit, she really tried to accommodate my dietary idiosyncrasy.

So, no Coke. No caffeine. I stumbled through the first day in cold-turkey caffeine withdrawal, feeling like a sleepwalker with

a hangover. Then, miraculously, at the end of our last workshop for the afternoon, one of the men in my writing group announced he had to make a run to Walmart (several miles away) for something-or-other he had forgotten, and asked if anybody wanted anything. I practically tackled him begging him to bring me some Diet Coke. Bless him, an hour later, he showed up at dinner with three Diet Cokes in a plastic bag. After proclaiming myself forever in his debt, I uncapped the first bottle and, like a caffeine junkie in withdrawal, guzzled down half a bottle of liquid gold. It was only then that I discovered what a hot commodity Diet Coke was in this isolated community.

Several people asked me where I had gotten the Diet Coke. I explained how I had come into such luxury and offered to share my windfall (this was a Christian group, after all, and one of the tenets of Christianity is to share what you have with others less fortunate), but to my utter relief, no one accepted.

This experience has given me a great idea. Next year, I’m going to bring several dozen bottles of Diet Coke and offer to give one away to anyone who buys my books. I’m betting my book sales go through the roof! 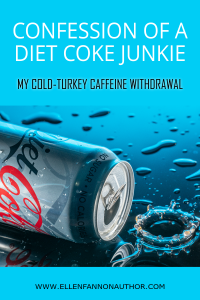