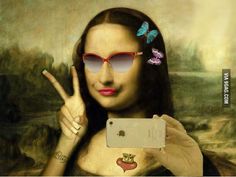 Is it just me or does it seem like everybody on Facebook has been updating their profile pictures lately? Now I will admit that after ten years, or so, it’s kind of hard to keep getting away with the same old picture and expecting people to believe you still look that way. Kind of like when I read the obituaries in the newspaper and think, oh my goodness, that poor person died really young, only to realize the picture is sixty years old. But that’s a whole different topic, which I’ve strayed into, yet again. Most of the time, the new Facebook pictures are good and I enjoy seeing updates. But every once in a while (don’t judge me), I wonder how anyone in their right mind would post a particular picture of themselves that is (how shall I say this gently) less than flattering. I have a friend who, when seeing people dressed in extremely inappropriate, unbecoming clothes says, “Poor thing. Nobody loves them enough to tell them the truth.” That’s kind of the way I feel when seeing some of these terrible pictures. Yet, without fail, people reply, “Beautiful picture,” or “You look great,” or “Fabulous,” or some other obvious lie. Which means that I have to follow suit and say, “Wonderful photo.” Then I feel like a hypocrite for following the herd, rather than replying, “What were you thinking?” (Whoever is reading this blog, please note, I am not talking about you. Your picture really does look great. I am obviously talking about other people.) Then, even worse, I wonder if people are lying when they say complimentary things about my picture. A while back, I changed my personal Facebook picture to keep from getting it confused with my author Facebook picture (which is one of the few decent pictures I have). Well, actually, Hubby changed it to help me out. Without my input. In my opinion, it is not the most becoming likeness of me. I feel that in real life I look much better than that picture, although, if I’m completely honest, I might be comparing it to a 1980’s version of the image I have of myself in my mind. Nevertheless, I was inundated with positive comments. Nobody even mentioned my horrible frown lines or wrinkles or ratty-looking hair or how old I looked. So, I thought, maybe that picture isn’t so bad after all. Look at how many people said how good I looked. But then, as I peruse other people’s new profile pictures and see the complimentary comments posted for the obviously horrible photos, I wonder if people were just trying not to hurt my feelings by saying, “Great picture,” rather than, “Have you been ill?” Now I’ll probably never know unless someone loves me enough to say, “You might want to find a better-looking picture to plaster all over social media for the whole world to see.”     #humor at everyday life 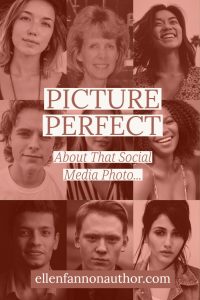